Should Marijuana be Legalized?

Home Should Marijuana be Legalized? 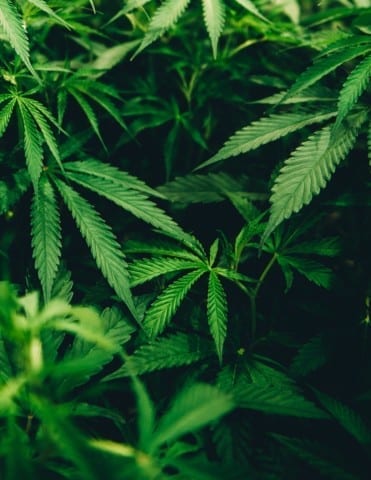 One of the most contentious topics among U.S. citizens right now is the debate over the legalization of illicit substances, particularly marijuana. The politcal landscape has changed drastically over the last decade and America’s youth are now reconsidering the debate and how detrimental the drug actually is. The scientific community is split over the debate, some research suggesting that weed is relatively harmless in moderation, yet others calculating that weed is an unpredictable substance that will affect each individual differently – resulting in permanent harm with certain cases. With all the dissonance among the current world, the question becomes muddied – should we continue to prohibit marijuana?

Dr. Sanjay Gupta of CNN Health has been consumed by the question. In his article: Why I changed my mind on weed he says that “Reading these papers five years ago, it was hard to make a case for medicinal marijuana. I even wrote about this in a TIME magazine article, back in 2009, titled ‘Why I would Vote No on Pot.'” This is a clear example of the adapting times, without the current evidence or knowledge that has been popularized today, most citizens were in agreement against weed.

The problem that we’re facing today as a society is how we should act and interpret the new studies we are seeing now, despite their release being decades ago. After Sanjay wrote his reasoning for his history with weed, he immediately followed it with: “Well, I am here to apologize.” For the rest of the article, Sanjay clarifies that Marijuana’s position as a “schedule 1 substance” was completely ill-informed and irrational in the face of research. It was placed there by the DEA (ranking higher than substances such as meth-amphetamine) for it’s lack of medical application and ability to be abused. “They didn’t have the science to support that claim, and I now know that when it comes to marijuana neither of those things are true.” Sanjay writes. Through his research and experience, his perspective on the issue has shifted. “It doesn’t have a high potential for abuse, and there are very legitimate medical applications. In fact, sometimes marijuana is the only thing that works.”

The problem that Sanjay is addressing in this article – and the problem we are trying to solve in the debate over the War on Drugs – is how inaccurate a majority of information has been. Dr. Roger Egeberg, the Assistant Secretary of Health, was in strong support of marijuana’s role as a schedule 1 substance due to the “void in our knowledge of the plant and efects of the active drug in it”. However, Dr. Sanjay writes that “Egeberg did in fact have important research already available to him, some of it from more than 25 years earlier.” The existence of truly concrete scientific evidence condemning the legalization of weed was never the issue as many believed it was – it was that the effects of it were declared a myterious danger to public health. As time goes on, it’s revealed to us that this couldn’t be further from the truth – we seem to have a relatively firm understanding of what the drug can do and how we can regulate it – though more studies aren’t produced easily as Sanjay writes. “Scientists can get research marijuana from a special farm in Mississippi, which is astonishingly located in the middle of the Ole Miss campus, but it is challenging.” There are legal restrictions that require approval that bar potential research, as acquiring the substance itself can be difficult but the process to allow the research in the first place is tedious.

The evidence that supports the legalization of marijuana is shifting into the focal point for our culture, and there’s a rising outcry for the modernization of our policy against it. The people want to stop the skyrocketing incarceration rates brought on by the arbitrary cases of marijuana possession/distribution, and the academic society wants to be allowed to replicate studies to properly assess the implicaitons this substance has for the modern world – because it doesn’t seem to be as damaging as we were initially led to believe. “Stuck in the middle are the legitimate patients who depend on marijuana as a medicine, oftentimes as their only good option.” Dr. Sanjay explains. It’s a substance that could be used to the advantage of thousands of people, but we continue to deny it from being utilized in spite of the evidence we’ve had for decades. The legalization of marijuana is something that this country needs to understand from a pragmatic standpoint – otherwise we’ll be stuck in place.

Parker, this is a fascinating discussion, and this question has haunted society for decades. I think many positive reasons overcome the negatives about the use of the drug. Many people can benefit from it when used responsibly, whether it is for medicinal or recreational purposes. Besides, if marijuana illustrates the potential of good medicine and if alcohol and cigarettes are legal, then shouldn’t marijuana be too? It’s time America confronts this issue.

Dear PArker I agree with this exact standpoint Marijuana should be legalized and it should be legal to those of 21 years of age, just like alcohol and cigarettes. This topic is very interesting and difficult to digest for the older more traditional generations but Marijuana has no really deadly impact such as cigarettes or alcohol. Those need it for medical reasons should have easy access to it and not just because others or abusing the substance it should delay the legalization. What stood out to me was that
” It’s a substance that could be used to the advantage of thousands of people, but we continue to deny it from being utilized in spite of the evidence we’ve had for decades.” because you are right. Marijuana isn’t dangerous but it can be rather useful.

I have agreed with this exact standpoint for many years now. Marijuana does not deserve its Schedule 1 classification and it should be 100% legal to those of 21 years of age, just like alcohol and cigarettes. If anything, the real harmful substances here are alcohol and cigarettes, which are both known to have caused many deaths and illnesses in the past. Weed, on the other hand, has never caused a single death on its own, nor has it ever really caused any illnesses (however it may put you at risk of certain lung-related illnesses but that has not been proven). We need to legalize weed because it is simply not worth it to prohibit it, as it is the most popular drug to use in the entirety of the United States, and because we spend so much money putting people in jail for it.

Parker,
I agree with your viewpoint on the uneducated classification of marijuana and how the punishments for possession should be reduced. it’s crazy to think how it was “ranked higher than substances such as meth-amphetamine for their abilities to be abused” and agree that with current knowledge it should be an easy decision to reduce the punishments. Have you heard of the legalization of medical marijuana in Utah shown in this (https://www.sltrib.com/news/politics/2020/02/18/utah-lawmaker-says/) article? I’d be interested in reading about the legalization and its progress through the country, and reduction of punishment in the future.

I really liked this because you wrote in such a way that made me know you knew what you were talking about and it carefully examined this political topic neutrally. I like to think about marijuana and its legalization the same way I think about marxism. Old people are really scared about it because they’ve been misinformed their whole lives. I still find it perplexing that as a population, collectively, we’ve allowed a subtly tyrannical government to take something away from us that isn’t theirs to take away. Marijuana is a plant that grows from the Earth, in my opinion no one should be able to tell another what they can and can’t have of what the Earth provides them. And it has proven to be pretty useful when used in a medicinal context.

This topic is a hard conversation to have with generations older the then one we are in now. The evidence you gave describes marijuana as moderately healthy and safe. Many people use this “drug” to ease pain, anxiety, and etc. It is a hard topic to discuss due to the fact that it is legal in some states but other it is considered completely illegal. There are some things that can be conserving such as the need to feel the “first high” and using stronger drugs to feel the same feeling as the first time getting high.

I agree with you that there has been insufficient evidence to support the ban on marijuana and needs to be a better way to research the causes and effects of the use of marijuana for people. It shouldn’t be treated as dangerous or more than meth amphetamine or any highly addictive drugs. People should have the right to learn to use marijuana in moderation and responsibly.

It is quite interesting seeing how recently the debate on medical marijuana has shifted, with people like Dr. Gupta changing their minds over only a couple years, and how apologized for his previous stance. Reading over your post, however, I wonder what exactly the affects of the Drug War are, and how deep they run? I understand that its affects have been catastrophic for many, and it should be looked more into detail when it comes to the debate of decriminalization. While this article doesn’t solely focus on marijuana, it does go more in depth on the consequences of the Drug War (https://www.vox.com/2016/5/8/18089368/war-on-drugs-marijuana-cocaine-heroin-meth)
I’d be interested to come back if my questions were answered, and you went more in-depth on the Drug War in the U.S.

“Scientists can get research marijuana from a special farm in Mississippi, which is astonishingly located in the middle of the Ole Miss campus…” This irony represents the lack of concurrence in the US surrounding the marijuana debate. As you said, the science behind marijuana’s effects on people is evolving and therefore unclear to most people. Some people are supportive of legalized weed, and others are wary of it. Would you say that the legalization of marijuana can only happen when more people understand its effects?”

I agree with the evidence that you have presented about how weed in moderation is healthy and should be legal but in that sentence is the problem. Humans suck at doing anything in moderation, we have no real control. People let what makes them happy take control over and they do what they need to please it. This is why I feel legalizing could become a problem just due to human nature and our compulsive impulses.