Should Marijuana Be Federally Legal?

Home Should Marijuana Be Federally Legal? 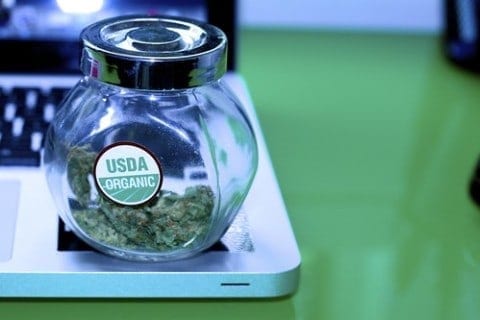 Currently in congress there is a bill that would allow states to set their own policies on the legalization of marijuana. This bill is the most sweeping marijuana bill ever, meaning the outlook on the federal illegalization of marijuana is beginning to change. The bill is called the Marijuana Opportunity Reinvestment and Expungement Act, (MORE act.) Many low income areas and families are greatly affected by marijuana laws, and this act is beginning to undo the unjust consequences that some people are facing for being in possession of marijuana.

33 states have now legalized marijuana in some form or another. Eleven states have made it recreationally legal. The problems that come with fully legalizing marijuana on a federal level, are the dangers that are still unknown with use of THC. With the development of vaping products, access to the purest form of THC is now at an all time high. Without the DEA or FDA regulating any of these liquids, we’ve begun to see the side effects of faulty vape pens in vaping illnesses and deaths. Legalizing marijuana to some extent at the federal level, would open up the opportunity for these organizations to begin regulating what is in these liquids and providing safer smoking opportunities for people.

“On the federal level, cannabis is still classified as a Schedule I controlled substance, on a par with heroin and LSD.” (Oganesyano, 2019.) Because of this classification given to marijuana by the federal government, researchers and doctors are given very little opportunity if one at all to study this plant and the effects it has on people. This is a major problem, because people are coming up with more creative ways to consume marijuana and with that comes increasing dangers.

For the basic fact that legalizing marijuana would decrease the effect vaping illnesses is having in our country, as well as doctors would be able to research more of the effects that smoking has. This would benefit the general welfare of all people in our country. Whether states wants to legalize marijuana for medical or recreational use, knowing the effects that the natural plant have on the human body would be greatly beneficial.

I really like you post it outlines this issue very well.I like how you said it will help with the vaping crisis and will help with the welfare of the people.And if its federal it will be regulated and the taxes can help our economy.
Here’s an intriguing source you may want to look at:https://www.rollingstone.com/politics/politics-news/free-the-weed-a-new-bill-could-end-federal-prohibition-of-marijuana-629190/

I completely agree with your points and we can know that marijuana can affect the development of brains, memory, and mood, which also causes mental health disorders if severe. As well as, it is possible that marijuana is both physically and psychologically addictive. Here is the link: https://www.webmd.com/mental-health/addiction/recreational-marijuana-faq.

I really agree with your points here especially the fact that legalizing marijuana on a federal level will get rid of the current the vaping illness epidemic.Everything would be healthier for the population and most importantly the youth who are primarily being effected by this problem.