Should Juvenile offenders be locked away for life?

Home Should Juvenile offenders be locked away for life? 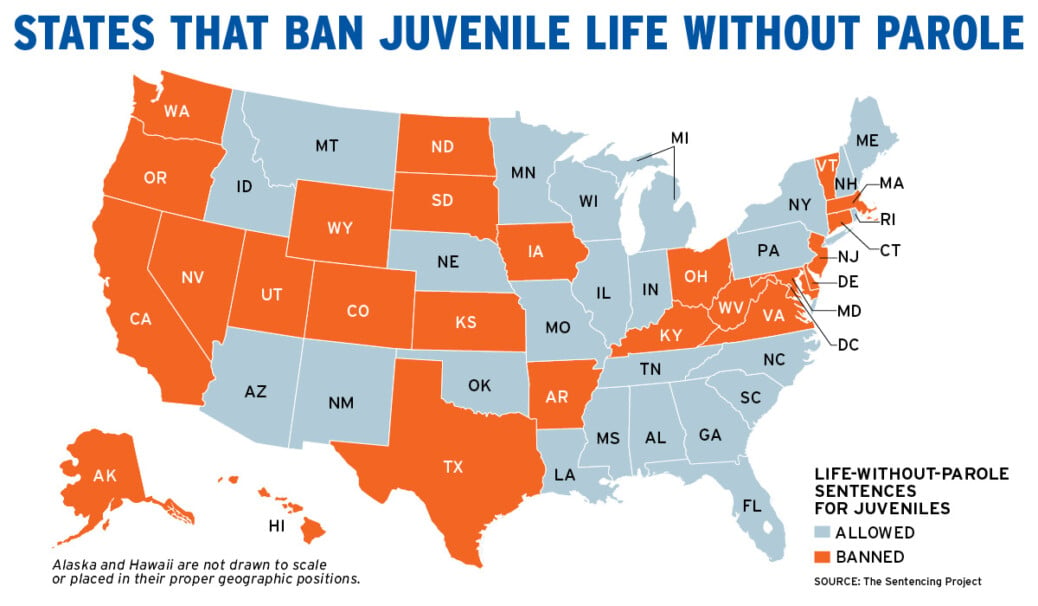 In the article Locked Away for Life, I read that in recent years, there’s been a growing trend from sentencing minors to life without the possibility of parole. In 1998 Cedric Rue was 16 years old when he committed the crime that put him in prison for the rest of his life. He and his friends were struggling with drugs and alcohol when they ended up shooting and killing a 41-year-old named Michael Decker. Rue was sentenced to first-degree murder and sentenced to life in prison, the judge was condemning him to die behind bars. Rue understood that what he did was wrong but he believes that life in imprisonment was too much. He is now 39 years old and has spent more of his life in prison than outside of it. In the article, it states that he’s one of more than 1,400 people in the U.S. serving life without parole sentences for offenses they committed as juveniles, according to the criminal-justice reform group the Sentencing Project.

I think that some juvenile offenders should be severely punished for crimes they committed but there is an extent to the punishments. As for Cedric Rue, I believe that he should have not been given life imprisonment without parole. He admitted to his crimes and he repented on his actions so he should have the right to get out of prison.

What do you think about Juvenile offenders being locked away for life?

Dear Sayra, I am shocked by your post titled, ¨Should Juvenile offenders be locked away for life?¨

Right off the bat, the title drew my attention because we´re talking about kids here. In your text you stated, ¨He is now 39 years old and has spent more of his life in prison than outside of it.¨ I felt very sympathetic while reading this because it reminded me of a caged-up animal. Animals were created so they could roam free in the wilderness just like we humans were made to live our lives not be behind bars. Yes, we should be punished for our mistakes but to someone from basically, their teen years is bizarre to me. I believe there could have been another form of punishment for this man.

How would you feel if you had to grow up behind bars?