Should everyone go to a four-year college?

Home Should everyone go to a four-year college? 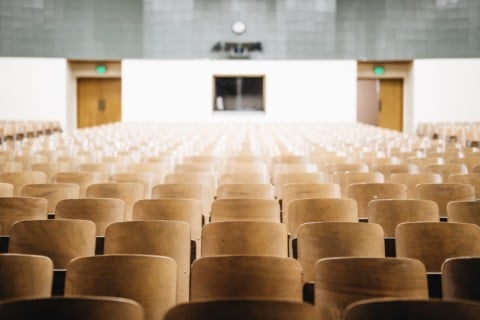 Many high school graduates have a difficult time deciding what to do after they graduate. Many think that four year colleges are better than community colleges without knowing the difference, and some people go just to make their parents proud of them. But, in reality they don’t want to go. And some people might want to go to college to get educated, but they want a shorter or a cheaper way. As many people know a four year college education could be expensive without scholarships or a lot of money. As a result, people do not get the opportunity to go to college because of the expanse, or their bad grades. I believe that there is a solution for all of these issues. People think that when they get rejected or fail in one thing that they are rejected from everything. Community college is the perfect solution for making up high school credit  and it’s also cheaper than a four year bachelor’s degree.

One reason to choose community college is that it costs less money than a four year college. For example, taking one year of community college can cost about $1,128. On the other hand, one year at a four year college can cost 5 times more. Studies have shown that going to UC Berkeley can cost $14,543 in tuition if you are a California resident. If you are from outside the state it costs $44,007. According to the nerdwallet article, students take loans that they can’t repay because “they’ve been told that a college degree is a ticket to success.” As a result, students attend colleges when they cannot afford the tuition. Student debt is a big problem. Students should try to look for a beneficial path that they can follow and not make them give up all the hard work at the end.

Another reason to choose community college is that there are smaller classroom sizes at a 2-year college compared to a 4-year college. For example, If you want to get help from a professor, it’s easier to do so at a community college. According to an article published on vittana.org: “The basic courses that every student must take at a 4-year university might have up to 300 students attending the same class. Attending the same class as the community college level might put you in a room with 30 other students instead.” Students who are used to high school classes do not have to deal with something new like a class with hundreds of students. Students can get to know each other more easily and communicate with each other and the teacher. Consequently , students that need teachers’ support should think about what kind of college will get them this opportunity.

Additionally, some students want to take a shorter path. An associate degree is the solution. It takes only two years to graduate from a community college and get the associate degree. Although some might argue that getting a bachelor’s degree makes it easier to find a job or get a higher salary, I disagree because you can go to a community college, or attend a one year program and get the same benefits as a four year college degree. With an associate’s degree you can be an air traffic controller, ASN nurse, radiation therapist etc. Therefore, knowing what career you want to be in the future will make it easier for you choosing between community college and a four  year college.

Finally, community college has many benefits over a four year college. Getting a bachelor’s degree is not necessary for everyone, and it could be a waste of money for some students and even cause them to go into debt. If nothing is done to educate students about the differences about these types of colleges, they would just think that four year colleges are the only choice for them, and that community college is only for beginners.