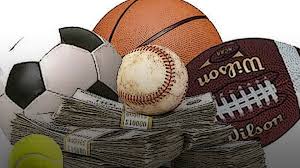 In 2015, two of footballs biggest names came out in support of paying college athletes.  They were Al Michaels and Bryant Gumbel, two NFL sports casters.  They claimed that how college athletes are treated these days is shameful, abusive, and embarrassing.  While they have a point, their argument is based on only one aspect of the situation.  They are talking about basketball and football players in power five conferences (Pac 12, SEC, etc….)  This accounts for less than one percent of all collegiate athletes in the country.  Still, their arguments had good backing.  In the first college football playoff in 2015, billions of dollars were involved except for the players playing in the games.  They claim the scholarship they are receiving doesn’t make up for the amount of work they are asked to do.  This doesn’t change my claim that collegiate athletes shouldn’t be paid, however it does make a strong case for better living conditions for the power five athletes.