Should College Athletes Be Paid?

Home Should College Athletes Be Paid? 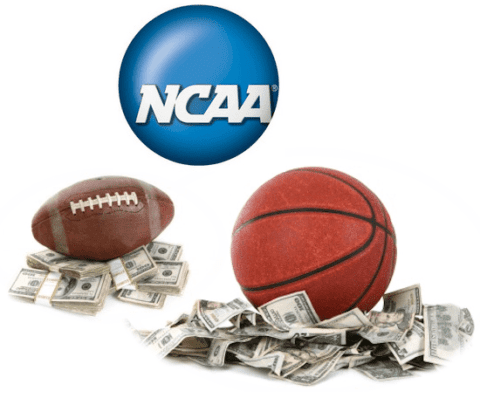 The topic of collegiate athletes has been debated heavily over the past several years. As the concept of “one and done”(playing one year of college before going pro) is becoming more and more common, this issue is becoming more prevalent. This topic is one that is very complex, so let’s start with the basics. The main reason why some believe college athletes should be paid is because they are performing and bringing in a lot of money and attention to the university. The counter argument to this is often that the college athletes are being paid in the education they are getting. But in the case of the players who only play one or two years before going pro, they aren’t getting much of an education. These are the two most common arguments, but there are many, many more that make the subject even more difficult to discuss.

One of the strongest arguments, in my opinion, against paying college athletes is that giving large sums of money to 19 and 20 year olds will cause a lot of problems. Many college athletes wouldn’t know how to manage the money they receive. As Colin Cowherd stated, “I don’t think paying all college athletes is great; not every college is loaded, and most 19-year-olds (are) gonna spend it—and let’s be honest, they’re gonna spend it on weed and kicks!” As always, there is a counter argument to this. The argument against financial irresponsibility by the college athletes is that many of these athletes come from lower class families. One of the driving forces behind collegiate athletes trying to go pro as fast as possible is to help support their family. While the athletes most likely wouldn’t give all the money they earn to their families, a large percentage of the money would be used to help support their families.

Another issue with paying college athletes is the amount of money each athlete would receive. The payment of these players would most likely be based on how much revenue the team itself is bringing to the university. Therefore, this would mean the sports and players that bring in the most revenue, like basketball and football, would get paid much more than the sports that don’t attract as many eyes and bring in as much revenue. This would create capitalism in the NCAA, which could lead to a lot of animosity and unfairness between sports programs that aren’t professional.

As you can see, this is a very complex issue that can’t and won’t be solved anytime soon. These two main arguments for and against this topic are just a small sample size of all the arguments. This is a topic that will continue to be discussed and debated within the NCAA and their professional counterparts. While there are many pros to paying college athletes, there are also many cons. Here is a link to an article using Hypothesis that lays out both sides of the issue. It discusses a few of the arguments stated in this article and many other arguments that help you understand the topic of paying collegiate athletes. As I inch closer and closer to becoming a college student, this is topic that I am very interested in and will continue to research and try to understand.