Should Cashless Buisnesses Be Banned?

Home Should Cashless Buisnesses Be Banned? 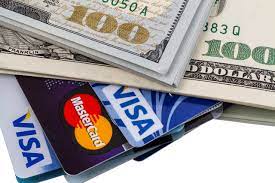 In the article “Should Cashless Businesses Be Banned” is about two intellectuals, Ritchie Torres and Stephanie Martz, who give their opinion whether or not cashless businesses should be banned.

Throughout the years many businesses have too been accepting cash and only accepting card. In Massachusetts there has been a law that businesses has to accept cash. A New York Policy maker supported the idea of cashless business and is now facing a national business organization who is against it. Ritchie Torres who thinks that cashless business should be banned because many Americans do not own a credit card or a debit card. They do not have access to debit/credit cards but they do have access to cash. He belives that business will discriminate people who do not have debit/credit cards and wont allow them to buy their foods and other necessities. Also that many are afraid of using their cards because their private information will be leaked and do not want identity theft. Torres believes that paying with cards is not teh only option and shouldn’t be the only option. On the other hand Martz thinks that cashless business should not be banned because it can reduce the risks of robbery since there would be no cash to steal from. She has also mentioned that paying with cash has dropped over the last few years and many have been using mobile payments or card. Another reason that cashless business should not be banned is that lines in stores will go faster since the cashier will not be giving out change.

In my opinion I think that paying items with cash should not be banned since many do not own a debit card. Many people should have the option how they want to pay their items.But also due to the pandemic many stores have not been accepting cash and only accepting card due to safety concerns. This was a bit of a problem for people that do not own a credit/debit card. Do you think that cashless business should be banned?