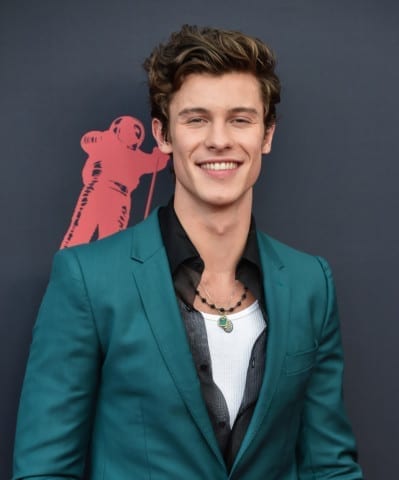 With this year being hard on everyone, Shawn Mendes came out with his documentary, In Wonder, just in time. The documentary was released on Netflix on November 23, 2020. It shows his story from the time he became famous up to his most recent tour in 2019. In the documentary the viewers are able to meet his family and friends, including his younger sister Aaliyah. Mendes spends quality time with Aaliyah when he is able to pick her up from her first day of school, being that his next show was in their hometown. Later on Aaliyah talks about what she remembers from when Mendes first started singing (Mier). The person that many people were thrilled to see on the documentary was his girlfriend, singer Camila Cabello. In his documentary, “Mendes says all of his songs are about his love for Cabello” (Mier). Many Shawn Mendes and Camila Cabello fans think that they are the perfect couple, so it was exciting for their fans to be able to see them interact and sing with each other on the documentary.

The viewers were able to see Mendes grow in confidence from the beginning of his singing career to now. They were also able to see him go through a vulnerable time when he had to cancel one of his shows due to losing his voice. Mendes started crying because he felt like he was letting his fans down, but once he went back to his apartment his mood began to brighten up because he saw that some of his fans had gathered outside and were cheering for him. In Wonder gave Mendes fans something to look forward to during this rough year and gave them a glimpse of the old concert life that they are missing out on right now.

However, Mendes took that glimpse a step further by releasing a movie, Shawn Mendes: Live in Concert, on Netflix that consists of his full concert in Toronto, Canada from his 2019 tour, just two days after releasing his documentary. Mendes tweeted, ‘“Wanted to give you guys something as a thank you for all of the love on the doc’” (Curto). By releasing a concert on Netflix, Mendes fans were able to feel more connected with him and other fellow fans of his music during this time of isolation. Being able to watch this concert remotely gave fans hope for in-person concerts in the near future.

Paige, I love how you chose to write about Shawn! I have been a fan of him since Magcon back in 2013. He’s someone very special to me and I absolutely love his music, one of his songs is actually playing as I’m writing this. His new album, that came out today, is amazing, and I definitely agree that he saved 2020 after it has been such a disappointment to so many. You’re writing is so good and I really like how you used information from the documentary. Great job!

First of all, loved how you wrote this about Shawn.. his new album is literally amazing – but so is your writing! I totally agree with him “ saving 2020” especially during these hard times it is hard to find joy sometimes but his documentary allowed us to see even the most perfect people in pain sometimes which lets us relate to them during these tough times. I love how you included concrete ideas from the documentary that can help the reader learn more about Shawn on a deeper level because of what you said. I also love how your blog is not totally biased towards Shawn, but we can still see your love for him. Awesome writing and great person to write about!

Paige,
I loved what you had to say about the documentary being a glimmer of hope in this year of tragedies. Throughout this year everyone has had lots of time to think about all of the things we are missing out on like concerts and large gatherings. This will make us evermore appreciative of the things we once took for granted. Loved your writing!

Dear Paige,
I really liked how you mentioned the movie and how it really showed his story and development over the course of his career. During these difficult times no one can experience the true concert life, so I liked how he really wanted to emphasize it through his concert on Netflix. I really liked how you mentioned the fans were there waiting for him outside his apartment because his fans are the ones keeping him going right now and giving him so much support. Can’t wait to see what your next blog post will be about! Good job!