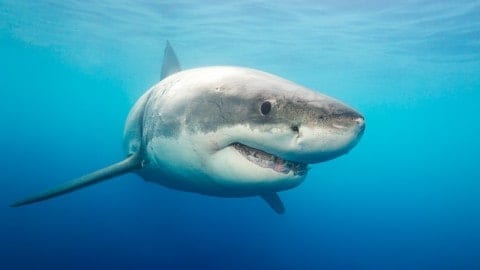 Sharks are vicious, man-eating monsters, right? Wrong! If you ask the directors of Jaws, Sharknado, and 47 Meters Down, they would most likely say they are evil creatures with no soul.  Ever since the movie Jaws came out in 1975, the thoughts on sharks shifted form no one really caring to everyone being terrified of them. The fact of the matter is they are animals that are just trying to live life and sometimes surfers look like seals. They don’t really know their own strength and don’t have the best sight.

Sharks kill around 12 people per year. They are so many other things that kill more human per year. Here are a few things that surprised me: hot dogs, bathtubs, falling out of bed, hippos, and Black Friday shopping. Actually, when sharks kill you it’s from you bleeding out. They actually don’t even like the taste of humans. So what will happen is they will bite you and since their jaws and teeth are so strong it will make you bleed but they immediately swim away because they realized it wasn’t what they wanted.On the other hand, we kill just around 100 million sharks per year. That is 11.000 sharks PER HOUR. Sharks are dying and it mostly because of shark fin soup, which is a delicacy in Asia. How they get the fins is by catching a shark and chopping off their fins and throwing them back into the water. They leave them there to drown because they can’t swim so they cannot get water through their gills. If they can’t get water through their gills, they can’t breathe. In conclusion, there is this huge fear of sharks because they are villains, but the truth is the real villains are humans.

Thanks for your post! I found the content very interesting, and it swayed my opinion on sharks. I grew up on movies like jaws, and found your references very relatable. Thank you for raising awareness to a subject that does not get talked about often. I found this site very interesting if you want to check It out. https://www.bioexpedition.com/shark/