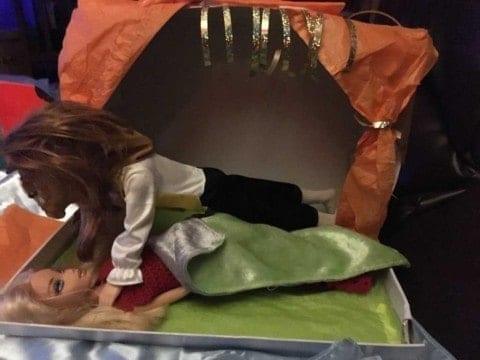 Throughout building a miniature stage, I thought about the Barbies that I have and the dolls that would fit in the scene of Othello and Desdemona.

In my stage, I have a blond doll representing Desdemona, and she is in bed while the male doll that I have has a mask of a beast representing Othello because he has lost control and he is a beast that smothers Desdemona.

While I was creating my stage, I thought about how Shakespeare’s plays at the end are all about tragedy and redemption. As it is evident, Othello regrets what he has done and seeks for revenge and then kills himself.

I have to admit that this is one of my favorite plays because of every close reading and work in class helped. 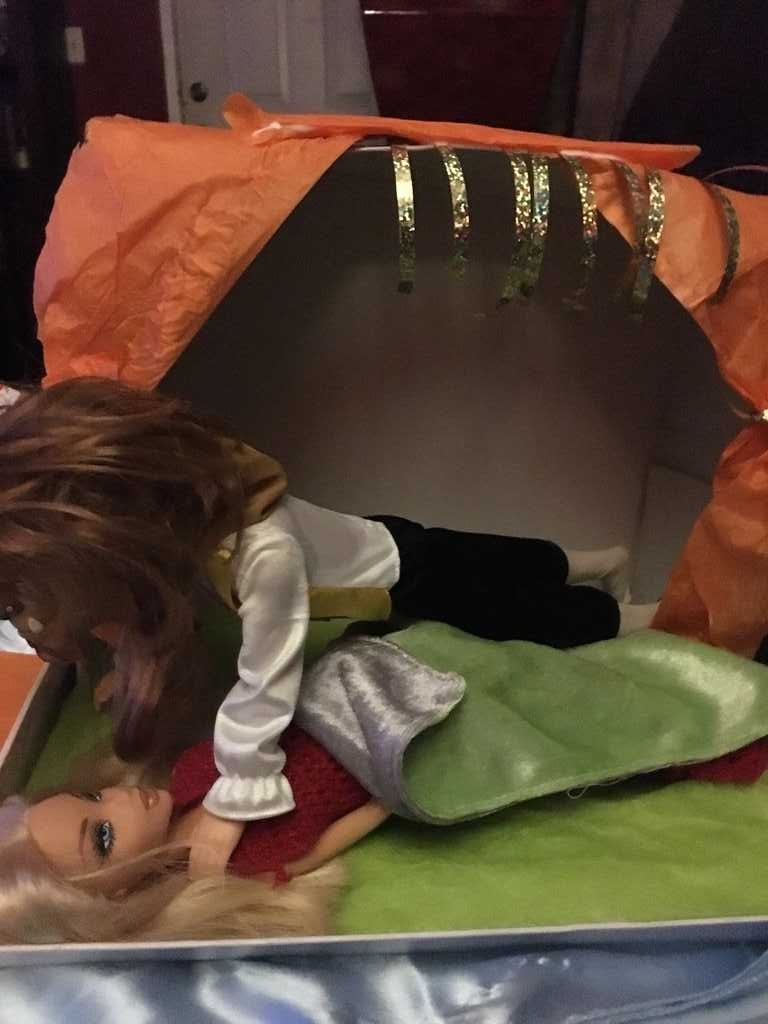