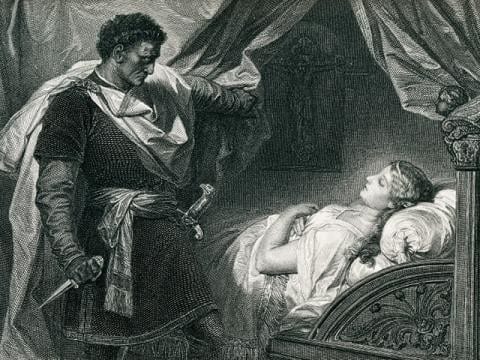 In the video “Why Study Shakespeare Today?” it explains one of the reasons why schools still study Shakespeare today and is because  in his plays he brings up issues that might still be relevant today. He brings up social issues like, race, religion, gender, and some kids might find more helpful to talk about this these type of problems in a class discussion about a play instead about their own personals experiences. In the video “David Tennant Explains Why Shakespeare Still Matters”, they bring up another reason why Shakespeare is still used today and it’s because Shakespeare has a way of explaining and writing things about just being human beings. Also, Shakespeare was a clever man that wrote brilliant lay and invented words that we still use today. Lastly, in the video “To Lead or Not to Lead: Changing the World with Shakespeare”, he also mentions why people still study and read Shakespeare today. He mentions that Shakespeare changed his life and mentions why, and it’s because Shakespeare affects brain and changes the it. My reaction to the reasons given by the different presenters was shocking because I thought we only studied Shakespeare just because the language was so formal. I didn’t really think that Shakespeare could change the brian, I didn’t realize until now that Shakespeare does bring up a lot of social issues happening in our world so these plays are very relevant even though they were written years ago. After looking at these video the only thing I can say is that Shakespeare was a genius with words. One of the Shakespeare play I am currently studying for this playlist is Othello. One of the strategies for approaching and understanding the play is using Shakespeare made easy in Sparknotes. I also try to Audible which has the audio if the reading but I also try to go back and read it myself. Another strategy I use is using the Etymology dictionary where I can search a word and it will give me the origin of the word and meaning and the meaning of it now. I honestly feel like I am a lot more confident using this type of language then I did a couple months ago. Using and reading the language used in these plays I think has helped a lot. I won’t say that I am an expert at this language because it’s a pretty hard language to understand even though it is english, it’s just old english. I feel as though I am slowly understanding it more and more.