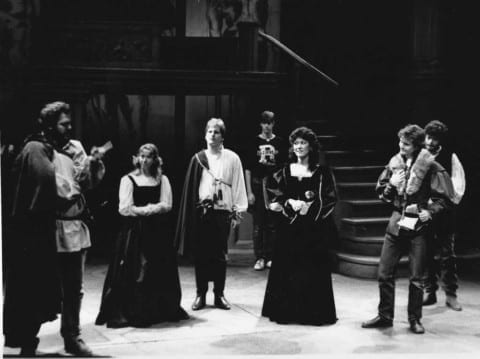 Analysis:  Iago is telling Othello to kill Desdemona. Iago even mentioned how Desdemona soiled their bed by sleeping with Cassio and after he said that he gave Othello more determination to kill Desdemona. Othello now has so much for Desdemona that he will do everything he can to kill her but all because Iago is putting the idea in his head.

Analysis: Desdemona got into a fight with Othello, and she is worried about his behavior since he has never spoken to her in the way he did. Desdemona wants to make sure he is okay because the monster she never thought would be there is finally beginning to show and she’s afraid.

Image: “Desdemona arrives in Cyprus, Othello” by Glenn Scofield Williams is licensed under CC BY 2.0