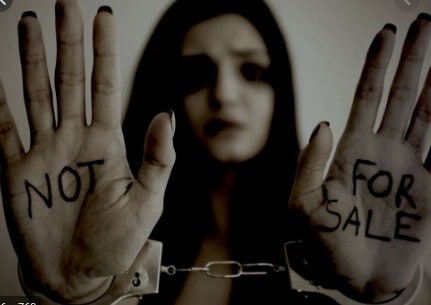 Washington D.C  has the highest rate of 11.66% per 100k people tied to this ring. California holds the highest number of cases accounting for 1,656 in 2020, and it is only February. Many who are trafficked are from other countries. Almost half of cases reported in the U.S. are about immigrants crossing the border. That is another danger about illegally trying to enter the U.S. is that on the way, many women and kids are stopped before they are even near the border, by people to claim they are “Border Patrol Officers.” They are then taken to a “detainment camp” but it is actually a hotspot for new coming solicitors to buy and sell them. Truck drivers are suspected to be the biggest source of how the operation runs, with that area of work being the most accessible acor 15% of American men pay for sexual encounters in the U.S. alone.

US is #1 in consumers in sex trafficking. This horrific order is a $150 billion industry. 40.3 million estimated victims are exploited every year. 1 million being under the age of 18, with an estimated 10-15% being male, but some estimate its almost up to 50%. 92% of victims are physically assaulted and 85% of those who are pawned were sexually abused as a child, some being as young as 3 years old. 90% simply cannot find their way out of it because they weren’t intentinally trying to be involved in it, or they are scared to leave the world they only know. “Between 60% and 70% of trafficked children in the U.S. come from child social services or the foster care system.”

Boys Safe Home is a non-profit safe home to decline the number of male population trafficked across the country. They have locations in Florida, Texas, Washington D.C., Las Vegas, and Los Angeles. Those being the most populated cities with the most reported cases of human trfficking and traffickers. THORN: Digital Defenders of Children is another non profit created by Ashton Kutcher in 2009 in co-partnership with the FBI to find predators online. With the technology they have built, they have saved over 100,000 children from potential kidnapping, raping, sexual encountering, and anti-human trafficking. I personally have donated a lot more toward their fund, and I support their program 100% and what it stands for. I believe that this needs to be talked about a lot more and spread more awareness about the dangers we might not see, but are very much alive.

Dear Amber,
I am very moved by your publication of “Sex-Trafficking in America” because I did not know a lot of the statistics on sex-trafficking even though I knew it was a high amount. It is scary and sad to know that many people trying to cross the border for a better life are robbed of that and put into a terrible industry like this. I agree that this is a very serious issue that needs to be addressed.
One sentence that you wrote that stood out to me is that “85% of those who are pawned were sexually abused as a child, some being as young as 3 years old”. This is a very sad thing to realize because these kids are so innocent. They should not be subjected to these things by adults who I am sure know that they are doing something really wrong.
Thank you for writing this article, I look forward to see what you write next because you seem to have a lot of good information. More people need to know about this because it can affect anyone. Additionally, this post was very helpful because now I also know where the U.S. stands on this issue.
-Monica Ceja

Dear Amber,
I am very amazed with your publication, “Sex trafficking in the United States”, because it is very true that the more time passes the crime grows more and this includes sex trafficking. This is because many people sell to minors for other people to use. This is a very big crime that all those people who sell to minors have.
One phrase that you wrote that stands out to me is: “a commercial sexual act is identified by exchanging anything of value” I think this is very important for people to be aware of everything that can happen, because many of the Sometimes people who sell to minors are not only to have sex with other people, they also sell them for other people to sell their organs. And this is a much bigger crime because those people shouldn’t do that kind of thing.
Thanks for your writing. I hope to see what you write next, because your publications are of great importance, the whole society must be aware of the risks that their children face when they are away from home. And we as children must be alert and especially not trust unknown people.