Series: College athletes should or should not be individually sponsored

Home Series: College athletes should or should not be individually sponsored 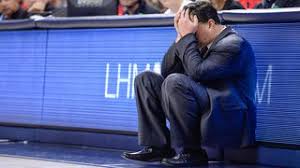 Recent news has shocked the College basketball world. February 24, 2018 many colleges including Duke, North Carolina, Texas, Kentucky, Michigan State, USC and Alabama are all under fire of candidates of possible illegal distribution of money. Many current NBA athletes are coming out and admitting that they have been paid some way or some how by the college that they attended. Former UCLA and current Los Angeles Laker, Lonzo Ball had stated in a interview on February 23, 2018 that “Everybody knows everybody’s getting paid & that’s how it is. Everybody’s getting paid anyway. You might as well make it legal. That’s how I feel.”(Reporter was Shanhan Ahmed). Lonzo interview completely opened Pandoras Box, this tells us that not only top athletes are being feuded money, but a big portion of the NCAA is being “Sponsored”.

-Dozens of NBA professional athletes are now coming out and saying that there college did indeed pay them. Some of the players that admitted are:

-Isiah Whitehead-Seton Hall-$26,136-He currently plays for the Brooklyn Nets as the 42nd overall pick in the 2017 NBA draft.

-Markelle Fultz- Washington University-$10,000-He currently plays for the Philadelphia 76ers as the 1st overall pick in the 2017 NBA draft.

-Edrice Femi “Bam” Adebayo- University of Kentucky- $36,500-He currently plays for the Miami Heat as the 14th overall pick in the 2017 NBA draft.

-Josh Jackson- University of Kansas-$2,700(Money went to his mom)- He currently plays for the Phoenix Suns as the 4th overall pick in the 2017 NBA draft.

There are the unfortunate “current” college athletes that have been caught by the FBI and NCAA, not all of the student athlete have been punished but further investigation is being pursued. Players like Brian Bowen-was paid around $19,500 to his parents, started at University of Louisville then transferred to South Carolina University, Deandre Ayton- was paid $100,000-University of Arizona, Bennie Boatwright- was paid $2,000 to his parents- University of Southern California, Metu Chimezie- was paid $2,000 to his guardian-University of Southern California. These money laundering cases are troublesome not only to the NCAA but to the College and to the supports. Shaquille O’neal 4x NBA Champion, 15x NBA Allstar and a NBA MVP, his son Shareef O’neal is a 4 star basketball athlete and “was” a University of Arizona commit, February 24, 2018 he tweeted this statement “At this time I’m am opening up my recruitment due to the current events with the UofA Bball team.I would like to thank all the coaches for recruiting me. At the time my family and I think it’s in my best interest to look at other options to assure my play in the NCAA next year.” at 12:39. This event is so unfortunate because Shareef is a magnificent player and for him to de-commit is very reasonable, I wouldn’t want to be associated with this scandal either. The UA scandal was rooted from Emanuel “Book” Richardson who is a UA assistant coach, has been dealing with most of the money.

Other reports of current player Kevin Knox(Kentucky), Miles Bridges(Michigan) State, Carter(Duke), and Sexton(Alabama) are listed among players or families who are under search but not been found guilty yet. These cases are debatable because alot of the families who are getting the money are not as wealthy as players like Lonzo Ball and Shareef O’Neal. The two young athlete dont like this money scandal because they are already well off, so they do not need to be paid off by the college.