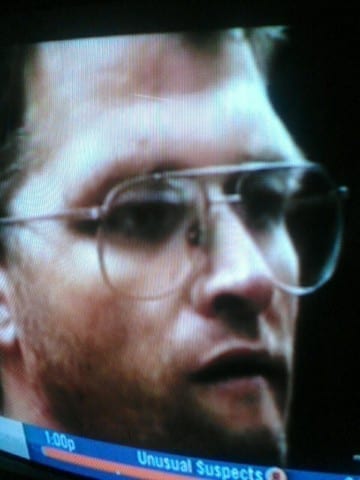 This article focused on the effect that the public has on victims’ families. We commonly think of serial killers and something so random it is fascinating. However, this article took a deeper look at the effects. The public has begun to glorify serial killers. From creating television shows about them to writing books, to dressing up like them for Halloween, people are constantly glorifying killers without even realizing it. This interest, like anything, has effects. Basically, the families are struggling with the constant attention and media when they are trying to grieve. The article also discussed how there were some positive aspects of the media. Condolences were none stop and people reached out. However, several people are still very bothered. The question has to be asked, will people begin to crave fame so much that they result to acts of violence? The fame people receive because of their terrible actions must make us ask that question. Furthermore, even larger corporations are glorifying serial killers. Newspapers have killers faces on the cover, Netflix is creating television shows about them, and children are being raised in a world where they are worshiped.

I never really looked at this perspective when it came to serial killers because of how society portrays them. I like that you shed a light on the victims families because they lost someone very dear to them. Society just wants to make money through shows and movies. I recently saw this through the upcoming movie about the zodiac killer with Zac Efron.

Anna, I love the topic you chose. In general, society tends to glorify the violent most likely due to morbid curiosity. In addition to serial killers, we see this frequently in the news with horrific events such as mass shootings. When a mass shooting occurs the public immediately wants to know details about the person responsible, which results in glorification of the killer.

Anna, I think that this was a super interesting area to research. You briefly brought up the idea of “glorification” which I think is totally true. If you were to look at the past few years in popular culture, there are movies about Jeffrey Dahmer, Ted Bundy, serial kidnappers, pedophiles, and so much more. I think the increase in these types of works are due to the fact that there’s a disconnect with time and also human’s morbid perversion with deranged people. From now, I need to pay attention to how much I also glorify these people. This might be an cool source to check out. https://www.psychologytoday.com/us/blog/wicked-deeds/201710/our-curious-fascination-serial-killers

Anna, I think this is a very interesting topic and I would love to hear more about this. I had never thought of the idea that the glorification of serial killers would have such a negative effect of the families, but that is a very important thing to consider. I particularly liked when you said that “Newspapers have killers faces on the cover, Netflix is creating television shows about them, and children are being raised in a world where they are worshiped.” Here is an article you might find interesting: https://www.theatlantic.com/national/archive/2014/10/the-grisly-all-american-appeal-of-serial-killers/381690/