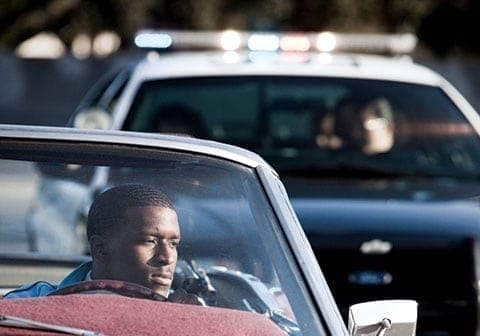 There are many major developments and advances in technology that are expected to occur in the future. However, one of the most interesting topics is self-driving cars. While many people expect self-driving cars to be a good thing and a benefit to society, one issue that is not talked about very much is the issue of driving-related jobs and where they will go. This issue was recently covered in an NBC News article,

According to the article, there has been a huge increase in the amount of freight shipments across the country. A lot of this increase can probably be attributed to the rise of Amazon and other online shopping websites. However, even though the amount of shipments have increased, the amount of truck drivers has not increased with it. That’s why, on many of the trucks driving our highways today, there is a sign that says something like “Help Wanted”. Obviously, this situation isn’t good for trucking companies today, since it leaves them short-handed and unable to keep up with the demands.

Ironically, the situation trucking companies are currently in actually incentivizes truck companies to pursue self-driving technology, which would eliminate truck-driving jobs in the future. The Center for Automotive Research says that this transition “isn’t going to happen overnight”, but “robotic vehicles will begin to displace professional drivers in numbers “certainly in the millions”.

Already, self-driving technology has progressed enough that in one example, a Budweiser truck made a 120-mile delivery in Colorado. Although there was a human in the truck, he wasn’t driving. The ultimate goal for trucking companies is to totally remove humans from trucks. According to the article, that would be beneficial in a number of ways, such as reducing traffic congestion and improving safety on highways. There are also benefits for truck companies: today, there are federal regulations on how much a truck driver can drive in one day, and how much sleep they get. Also, truck drivers have to be paid. With the drivers taken out of the equation, there is no limit to how much the truck can drive in a day, and they don’t have to pay a driver.

However, there are a few major reasons that this won’t happen. The first is that the general public probably isn’t going to want to share the highway with automated semi-trucks. Also, drivers probably would be kept in the event of a problem or accident, similar to how today’s airplanes could probably fly themselves but there are still pilots. The other major reason is that there are truck driver labor unions which likely wouldn’t be happy with the elimination of truck driving jobs.

Interestingly, there are some areas which would be automated before everything else. Long haul, long distance trucking would probably be the first area to transition to self-driving trucks, because these trucks mostly drive on freeways, and conditions on these roads are generally more predictable. However, it would be much more difficult to automate local delivery services, such as UPS and pizza delivery. The president of Domino’s Pizza calls this “the last 50 feet of the delivery experience”. Due to the high difficulty, services like these will be the last to be automated, and may never be automated at all.

Great post Thomas! I have a friend who’s dad is a truck driver for Shipex. He has brought this same topic up in conversation and said that the idea of self driving trucks doesn’t scare him that much. The reasoning he gave was that the change wouldn’t happen in his lifetime or at least before he retires. But he still believes that the change toward a no driver system is a definite change in the future. I think that if you are to make a future post you should include more pros and cons for self-driving tech, such as the security behind self-driving cars being a major obstacle, especially because the technology would be of very high interest to hackers.