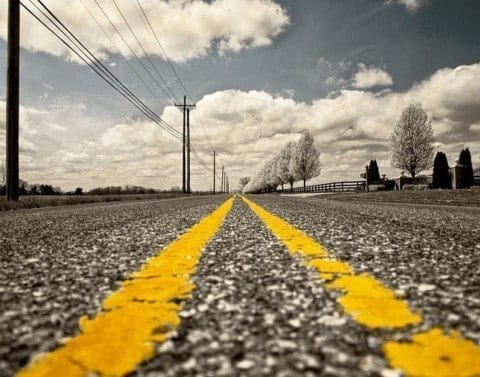 Among other major advances, self-driving cars are expected to become commonplace in the future. American car manufacturers say that they will have self-driving cars on the market within twenty years. A recent from TIME, “Why Self-Driving Cars Might Not Lead to a Drop in Fuel Consumption” focused on the environmental impact of self-driving cars and how we don’t really know what the effect will be.

There are several reasons that advances in self-driving cars could decrease fuel consumption, and there are also several reasons that the cars could increase fuel consumption. In fact, when the Department of Energy did a study on how fuel consumption will be affected, they found that changes could be anywhere from a 90 percent decrease to more-than-200 percent increase. Which way the balance tips will be significant for our future because according to the EPA, “more than a quarter of U.S. greenhouse-gas emissions come from the transportation sector.”

With today’s cars, there are many barriers to driving, legal and otherwise. First of all, there is a minimum driving age, which is 16 in most of the US. Additionally, if the driver is intoxicated, drowsy, or otherwise impaired in some way, they cannot drive. But with self-driving cars, these barriers will be removed. As a result, people will probably drive more often and farther, which would increase fuel consumption and emissions. As the article puts it, it would “lead to a sharp increase in the average miles traveled by a given vehicle”. When people are riding in self-driving cars, they are free to do other things in the car, such as sleeping.

As a result, people could live even farther away from their workplace for a lower cost of living. Today, there is a limit to how far people can live from where they work, simply because they need enough time to be able to drive to their work and back, and still have enough time to sleep. Now that the sleeping and driving aspects of this equation is removed, the cost of living could be the only factor that dictates where people live. As a result, people will live farther and farther away, and if they make that longer commute to work, the emissions and fuel consumption from their cars will increase.

On the other hand, there are several advances with self-driving cars which will likely have a positive effect, decreasing fuel consumption and emissions of greenhouse gases. There are already advances in emissions technology in many cars today, and we can assume this trend of greener cars will continue into the future. This is why a car made today is much better for the environment than one made maybe 20 years ago.

However, the major contributors to any decrease in consumption with self-driving cars would likely be because they are automated. Self-driving cars would likely coordinate with each other and so they would be, for the most part, accident free. That means that lots of safety equipment present in modern cars could be removed. Safety features like air bags and anti-lock brakes increase the weight of the car, which increases the fuel consumption. As a result, their removal would decrease consumption and emissions. Another advantage to self-driving cars is that they can drive closer together, since the reaction time of a computer is much faster than human reaction time. And since cars drive closer together, they can use aerodynamics and “draft” other cars to save on fuel. According to the article, trucking fleets already do this. If and when self-driving cars become commonplace, these benefits would extend to all vehicles.

According to Don McKenzie, “There will be some kind of cost associated with the travel, but it’s much less than it is today.” This cost would determine whether emissions and consumption increase or decrease with self-driving cars.

Dear Thomas,
I really like your post, “Self-Driving Cars & Fuel Consumption” because you give both good things about self-driving cars and the downsides that there is to it too. One sentence you wrote that stands out for me is, “As a result, people will probably drive more often and farther, which would increase fuel consumption and emissions.” I think that it is interesting that the distance at which people drive to will increase. I think that maybe since people don’t have to drive themselves they’ll be okay with going to farther distances. Another sentence that I like is, “As a result, people will live farther and farther away, and if they make that longer commute to work, the emissions and fuel consumption from their cars will increase.” This stood out for me because it is true an increase in fuel consumption from cars is not good for the environment. I agree that higher fuel usage is bad, but self driving cars will be safer for people when driving. Thanks for your writing. I look forward to seeing what you write next, because your thinking is very interesting. You thought through things when you made the different arguments.

Dear Thomas,
I am very intrigued about your post on self-driving cars because it’s definitely something thats going to happen in the very near future. People are going to be driven to work by their cars while probably sitting back and eating breakfast on the way. I agree with you that there are going to be some downsides like emissions and gas usage, but there are also going to be some positives like less accidents which would be a major plus. Your post is very interesting and makes me want to continue doing research about technology in the future. Thanks for writing, I look forward to seeing what you write next.