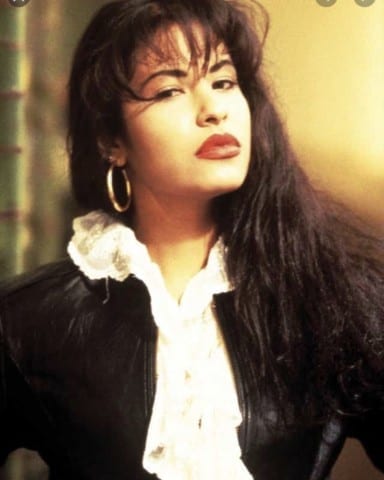 Like many citizens of America who value and think highly of their country, Mexican Americans are the same. They value their nation, culture, and traditions. Because so many people of different backgrounds live in the United States, multi-background citizens are not uncommon. Selena Quintanilla Pérez being one of these people, born and raised in the United States with Mexican American roots. Despite Selena’s difficulties as a Tejano woman, her music, and legacy showed others her own self-identity to the world. And that legacy still shines even 25 years after leaving this world.

Selena continues to inspire many women’s personal and professional lives. The USA TODAY Network asked fans around the nation to share tales of how Selena’s legacy has inspired them. As a Mexican American woman who did not speak fluent Spanish but still accepted her faith, they pointed to her clothes, her voice, her lyrics, and her confidence. Not only has she inspired close fans but also famous celebrities today. For example, Jennifer Lopez played Selena in the 1997 biographical drama. Starring in this biographical drama gave Jennifer Lopez the inspiration to start singing and pursue a career in acting.

Not only was Selena loved for her music but also because she was relatable to her fans. José Limón, professor emeritus at the University of Norte Dame said “Selena pushed the boundaries of gender with her provocative outfits, yet she managed to do so while staying well within the bounds of respectability.” She portrayed, beyond her music, an appealing picture of a wealthy Hispanic woman. At a time of shifting demographics and anti-immigrant sentiments, her rise as a national figure offered a kind of symbolic leadership for Latinos around the world.