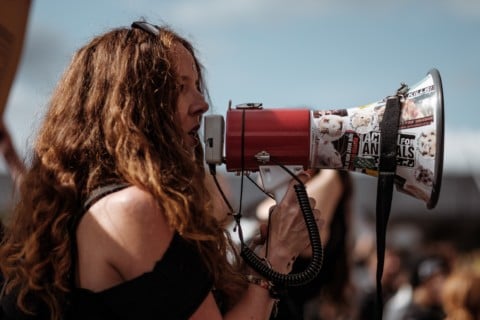 In the article, “Speaking Out About Race,” five teenagers wrote essays voicing the need to build an antiracist society.  The essays come from five distinct teenagers with the goal to critically make society be more informed and educated to make differences to better their own communities. To forward action, rallies are formed so that the message of racial justice is spoken for.  These five students explain how they take action in different ways to fight for racial justice.

Pressing for change in the education system is significant.  The younger generations lead to be the influencers of upcoming generations so it is important that they are being educated correctly about diversity within races.  Regardless of segregation being a time of the past, it can still be seen through the neighborhoods that are considered “rich” or the neighborhoods seen as “poor”.  Racism needs to stop being ignored but confronted and voiced.

What can the young people do to make a change?

Dear Aaliyah
Your text caught my eye because of how five teenagers are wanting to make a difference in their communities. I like how rallies were formed to speak about racial justice. These teenagers were taking action to fight for racial justice and I believe they are doing the right thing. I do agree that Racism need to stop.