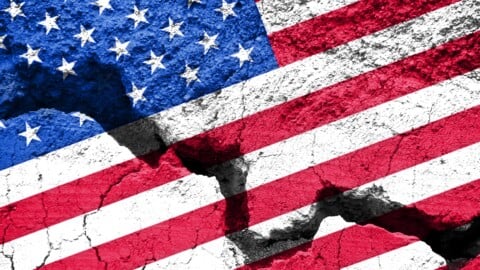 The United States is in a high tension environment between both political parties. Both main parties of the U.S., the Democratic party and the Republican party, are constantly debating over current issues the country is undergoing. Many politicians have expressed concerns that the United States may be approaching something dangerous, and if tensions are not eased, there may potentially be a possibility that the U.S. will enter into another Civil War.

Boston University interviewed Nina Sliber, who is a professor who has studied history for long periods of time during her educational career, and asked her specifically whether or not concern over a civil war is a reasonable discussion. Many people believe that the political system in the U.S. is too civilized and there is little to no possibility that the United States will ever enter into such political climates ever again.

Nina described both the possibility of this event occurring, and what it would look like and how it would be different from the previous civil war. Nina described that it is very unlikely that the U.S. will be entering into a Civil War, however, there have been some instances during the presidential term of Donald Trump that may have sparked some of these thoughts.

Society was fairly peaceful during the presidential terms of Barack Obama, however during the presidential term of Trump, there have been some more vulgar comments made towards members of the public and groups of American society. Nina explains that if a Civil War were to occur, then it would be radically different because the coasts of the U.S. are primarily democratic and the middle states are primarily Republican.

The war would be very different and there would be multiple wars both on the coasts and in the middle states. It is unknown which side would have the advantage geographically. Overall, the U.S. is still experiencing scuffles, but there are people in power currently that are more than likely to prevent these situations from occurring.

I am very fascinated by your post, “Second Civil War?,” because it speaks upon the rising tension amongst the Republican and Democratic political parties.

One sentence you wrote that stands out for me is: “Society was fairly peaceful during the presidential terms of Barack Obama, however during the presidential term of Trump, there have been some more vulgar comments made towards members of the public and groups of American society.” I think this is intriguing because I’m not one to really pay much attention to politics but ever since Trump was elected into office the country did face many more issues while he was in office.

Thanks for your writing. I look forward to seeing what you write next because individuals nowadays must be away from this issue. By informing people about this ongoing problem it can help the country by preventing another catastrophic disaster.
-Brenda Ornelas

I like this discussion because it does a great job of connecting current events to history. I remember feeling like there might be another Civil War during last summer’s Black Lives Matter movement because of all of the conflicts between white supremacist primarily Republican rioters and mostly Democratic peaceful protesters. I do agree though that this sense of fear was partly based on having Trump in the office of the president, so some of these fears have been abated under the Biden Administration. However, some groups and interests are still out there that could potentially have the ability to foment such a conflict if the interests of the political parties diverge too much.