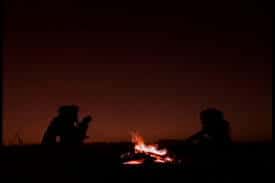 If you flip through the news channels on tv, you will probably notice at some point, some one talking about how someone else did something to offend another person. Or, if you log onto to twitter or facebook or any social website for that matter, you could probably find an argument between two or more people pretty quick.

Now, as a human being I understand what it is like to hear someone say something you do not agree with and be offended, but in todays world, it just seems like everyone is offended by everything and anything. In fact, I am sure that after posting this someone is going to slightly angered I even brought this up, well fine. I am just curious as to why people get so offended by even a little comment sometimes. I will grant that some comments are so disrespectful that sometimes you have to say something in response, otherwise the bad guy wins, but is it always necessary to “clap back” at some one? I know that the words, “sticks and stones may break my bones but words will never hurt me,” is old as time, but sometimes it works to live by those thirteen words.

For many years I have wondered how the certain groups like the KKK remain to be relevant, with member numbers falling, and more and more people realizing how wrong the ideas behind the KK are. Well I believe it is because people continue to pay attention to these groups. The actions the KKK commits like burning crosses and wearing dirty bed sheets as robes are not to separate themselves from others, or even scare others I believe. It is to catch the attention of other people so that they can remain relevant. If people simply ignored the KKK, and all of their racist rants and conventions, and hateful videos and posts, then maybe the group would realize; no one cares about us anymore, so what’s the point?

The idea is not to ignore our problems until they go away, but rather, not let the bad guy win. The people who post and say awful and hate mongering things on the internet and in real life do it to catch other people’s attention and create havoc, if everyone ignored what they had to say, maybe, just maybe, they would realize that their comments and actions no longer have an effect on society and they would simply quit it.

To start a fire you need three things; a fuel source, air, and a spark. These hateful people use people’s thoughts, feelings and emotions as the fuel, twitter and other social outlets as the air, and then say dumb and wrong things to create a spark, and then at that point they get to sit back and watch the fire burn.

So how do you stop a fire? Take away the fuel. I don’t pay much attention to social media anymore, and when I do, I avoid all of the twitter fights and the news clips of the president saying something so incredibly stupid that someone goes on a twenty minute rant about it. I just turn off the channel and do something else, because you see, it’s the attention they crave, and anger they want to create, the only thing they need is your undivided attention. Don’t give it to them.