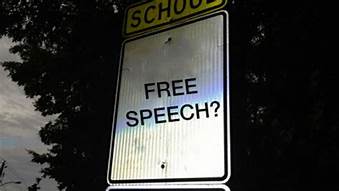 In the article “School Social Media Free Speech Case” (Admin) I learn that sometime the social media have a lot of power in the theme that everyone can express however they want. The students are the people that have more liberty about that by making jokes that is about other classmates. One example of that is Brandi Levy this freshman didn’t make the varsity cheer-leading team and she make a angry post that have a lot of curse words and also a image with inappropriate signs. The school district appealed the case but they didn’t make it the reason was a violation of her First Amendment free speech rights.

I think this situation have pros and cons. Because her post on citations was very unnecessary when she could just practice more putting more effort into her practices. But on the other side of the coin, social networks are not connected with the school, if in that post she attacked a student then there may be a reason which has passed that case, but not that was outside and part of the blame The parents have her for not telling her anything and knowing what she does on her social networks.

Who you think it’s right, the student or the school district?