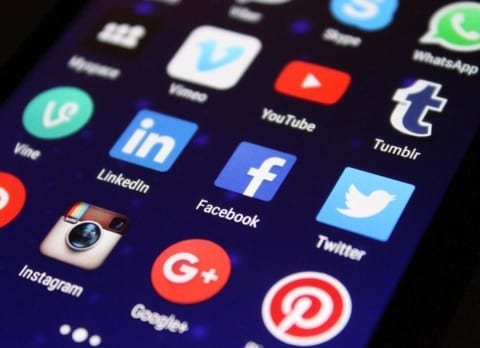 In the article “School Social Media Free Speech Case”, I learned that a fourteen-year-old student Brandi Levy didn’t make it to the varsity of cheerleading that led her to post a mean comment on it. It led to her getting suspended from school from the post that she wasn’t at school when she made the most. It also led Levy’s parents to file a federal lawsuit against the school district and won, but soon was appealed. The reason it was appealed is that Levy’s post was a violation of her first right which was the free speech right. Another is that something like this can stop and punish whoever is posting it. Not just mean comments, but bullying, threats, hacking, and others that need to be stopped.

0
Should the mean comments and posts be stopped and should there be consequences for those who do post mean comments?x

I think of it as also a problem because it can lead to more students also doing it and getting away with it. It makes schools look bad for having something like this happening around and not doing anything about it. I think there should be a big consequence for those who are putting out mean comments about the school and students.

I am impressed by your post “School Social Media Free Speech Case,” because of the parents filing a federal lawsuit. It is impressive how they were able to win this case against the school district.

One sentence you wrote that stood out to me is: “Not just mean comments, but bullying, threats, hacking, and others that need to be stopped.” I agree with you in this because students should allow to be saying these type of things. They should know better into what is appropriate or not.

Thanks for your writing. I look forward to seeing what you write next, because we were able to make the same thinking. I would like to see you talking more about the things that can be done to stop this.

This story and Supreme Court decision in “Mahanoy Area School District v. B.L.” really fascinated me too. I listened to a podcast with attorneys from both sides from the constitutional center “We the People”, which really helped me be able to see both sides on this issue. However, I strongly disagreed with the final Supreme Court decision. Even though she was off-campus, she had signed a team contract saying that she wouldn’t say negative stuff about the team either outside or inside of school. I feel like these types of contracts are important to the unity of school team athletics, and the reliability of these contracts in solving these issues was eroded seeing how far her particular case got. Do you think that her off-campus comments should have been counted as a violation of the cheer squad contract? I would love to know your thoughts, Paul

This story about Brandy Levy not making the varsity cheer team and it ending in a lawsuit really drew me in. I would like to hear the situation in-depth and better explained. I would definitely be interested if I could relate in any way to the story. What were Levy’s motives and why did she feel it necessary to post about this in a bad way on social media? I like the idea of this article as social media is so prominent in our lives today.

Dear Christian, I am infuriated by your post, School social media free speech case, because it really pushes the issue of students getting away with such hateful situations. I also agree with you entirely because it is not right for students to get away with hate comments, it can cause other situations which is very unnecessary.

One sentence you wrote that stands out to me is, It makes schools look bad for having something like this happening and not doing anything about it. I think this is astonishing in a negative way due to the fact that it is occurring to this day and schools are letting students get by. I think there can really be a change!

Thanks for your writing. I look forward to seeing what you write next because I really want to see more of what I did not know about before. I am hoping to see more posts like this that can cause a change in schools!