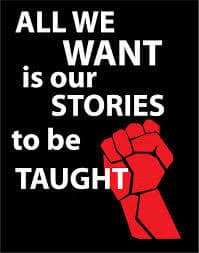 “A Colorado third-grader was suspended after shaving her head to show support for a friend battling cancer, because she’d violated her school’s dress code banning shaved heads. Her parents expected the school to make an exception for such a brave display of sympathy.” I understand that this was in violation of the dress code, but this is a third-grader. She is showing her love and support for her friend who is going through a tough time. No way should a third grader be suspended at a young age regardless.

“The American Civil Liberties Union says the Supreme Court has affirmed students’ rights to express their opinions, as long as they don’t “materially and substantially” disrupt classes or other school activities. But it warns on its website that it won’t always win a dress code debate: “If you think your school’s dress codes and hair codes are unfair and you want to challenge them, be aware that a court probably won’t overturn the codes unless the judge finds that they’re really unreasonable, or that they’re discriminatory.” Everyone should realize that this is in place because sometimes the school is in the wrong and rules need to be fixed.

“Last year, 5-year-old Cooper Barton was told to turn his University of Michigan T-shirt inside-out because it violated school rules. The dress code in Oklahoma City’s public schools said students may only wear shirts from Oklahoma colleges and universities. The 2005 policy was put into place to deter gang activity.” This on the other hand is a rule that needs to be changed. A kid who has no idea what he is doing wrong is asked to change his shirt. I don’t necessarily think a 5-year-old will be promoting gang activity.

Dress codes are a touchy subject. Schools are allowed to put forth rules they think are right, but in some cases, we need to stand up for what is right and change the rules that have nothing to do with the schools themselves.

Hey Brooklyn! This is a debate that has been raging since before we were even born and honestly? It drives me nuts. Back when my grandmother went to school, her public school (without a uniform of any sort) wouldn’t even let girls wear pants. It’s interesting how school rules on dress and expression change with the times. I think that the amount of sexism in most school dress codes is ridiculous, many having strict rules against girls’ bra straps showing but nothing on guys not wearing shirts. The example you used about the girl supporting her friend who had cancer is just another in long list of strange and unusual rules, typically ones that have no real reasoning behind them. I can’t wait to see where you go with this!

Brooklyn,
This is a very great post although it is a very hard topic to fight. The federal government only has say on what public schools are doing not private schools. In an instance of that happening at Judge the Supreme Court could not do anything to over rule their dress code rules since its a right of the private schools to be allowed to make their own dress code. I am in favor of your argument that dress codes need to be loosened although it is very hard to tackle that since it would only be for public schools and the majority of public schools have very loose dress codes.

Thank you for sharing this post I found it very intriguing. This is something that is very easy to relate to because of hour hair and dress code policies. I think administrations at schools should give students a voice to allow them to express the feelings and emotions they have towards a subject in the hand book. I know a student at our school, Judge Memorial, overturned a hair rule due to his ethnic culture. The story about the girl supporting her friend is a great example of caring for another human. I feel that is the students choice and should be allowed as it supports a great cause to a dear friend. Do you think that rules at our school will change due to more students standing up for rules in the handbook?