Save the Bees! (Part Two)

Home Save the Bees! (Part Two) 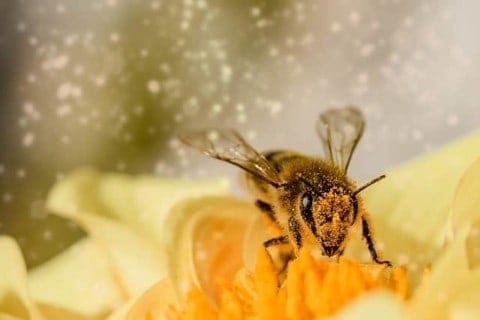 After doing further research, I have found out a lot more about why the bees are disappearing. According to an article in the Global Issues from the Gale research, disease and climate change all play a part in the decline of the bees. They have also found that neonicotinoids, a type of insecticide sprayed directly onto seeds before planting, was linked to a “large-scale and long-term” decline in wild bees.

Another article from Opposing View Points from the Gale research said that bees have been experiencing colony collapse disorder, or CCD, a phenomenon in which adult worker bees leave the hive, which ends up destroying the colony. They think that a possible reason for this is because of a mite called Varroa destructor which preys on several types of bees, including honey bees. What these mites do is they enter the hive and then lay their eggs. Once the mites hatch, they infect the bees causing them to collapse. While these mites are a big problem, they also believe that the reason the bees aren’t returning to their hives is because of cell phones. They did an experiment where they placed two cell phones next to four of eight hives. They marked 25 bees to see be able to return to the hive. They reported that in one exposed colony, only six of twenty-five test bees returned home within forty-five minutes, while in a second exposed colony, no bees returned.

Overall, there are many contributors to the missing bees, but from what I can tell, we will most likely be able to find a way to save them.

I actually really like this research topic because I do find bees very interesting and crucial to our environment. They’re such small creatures yet they have a huge impact, and I think the first step to keeping the bees safe is to understand why bee population is declining in the first place. I think it’s very interesting that there is CCD is an actual phenomenon and I never knew about CCD. I learned several new things from this, thank you!

Anna, this is a very interesting topic, and I am also concerned about the declining health of honeybee. The sources you used were very effective in answering your question. Do scientists know why worker bees aren’t returning to their hives?