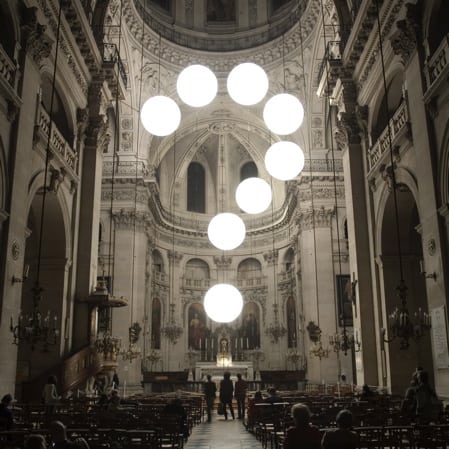 My burning question: Is there more than one god? I believe in one creator (I was raised Catholic), however, I know other people who believe in different gods. What I already know is from how I was raised through Catholicism. In Catholicism we worship one god, believe in a heaven and a hell, accept that there is a devil who was once an angel but went against god. We also pray to the Virgin Mary when Jesus doesn’t answer. One thing I remember is when I was little my family and I visited a beautiful cathedral. All I remember is a church in Mexico with massive doors, stained glass, and beautiful pictures on the walls. I also remember seeing a glass case with a bible and a chalice. This is my experience and all that I know.

I have heard of people talk about their religions and their encounters, and honestly I believe that their stories amaze me. It makes me curious because that’s not what I was taught and I have a lot of questions and interest in what other world religions believe. For example, is the Buddha a god or an actual person? Is there a text that Buddhism follows, like the bible to Catholics? Also, is Santa Muerte a spirit, or is she is a god? Santa = saint  So, what is a saint or rather, how do Saints and gods differ? Despite my faith and all of my questions, I think that religion is a very personal journey.

When I researched the question “is there more than one god?” I found a quote that describes that most religions view themselves as very different from others. “By comparison, the public is even more likely to see differences rather than similarities between their own religion and Mormonism, Islam, Buddhism or Hinduism. In fact, majorities say that each of these faiths is different from their own religion, with sizeable numbers saying that these religions are very different from their own (37% say this about Mormonism, 40% about Hinduism, 44% about Buddhism and 45% about Islam).” I actually believe in the opposite of this quote, although I am a devoted catholic I believe that many religions share similar stories, it’s just that the names are different and slight details have been changed.