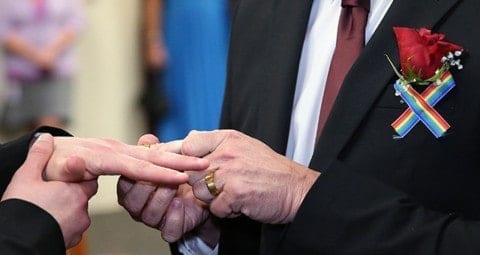 Same sex marriage is something that has been fought for years. At times people in the government do agree and at times they don’t. However, in the population the number of people in favor has certainly increased over the years.

Same sex marriage has gone a long way, having visible the struggles. People were able to get married and their marriage would get nullified only because the people in the government couldn’t make up their mind. This is something completely messed up that we’ve been fighting for 23 years. We’ve accomplished stuff that is for sure, but we still have a long way to go.

Which led to the legalization of same sex marriage in some states, but not all of them. “More than two dozen countries outside of the United States have laws allowing same-sex marriage.” The United States is supposed to be the country of liberty and rights. But even the United States has some kind of struggle creating a stance for itself. Sure, some states already figured it out, but it is not a national stance. Therefore, we still have to fight for it, in order to get everyone equal rights.

Great article! Gays should be aloud to marry since it doesn’t effect anyone else. Just because your religion doesn’t agree with it doesn’t mean that you should have a say in other people’s life decisions.

I agree. People should be able to do what they want, as long as it isn’t illegal.