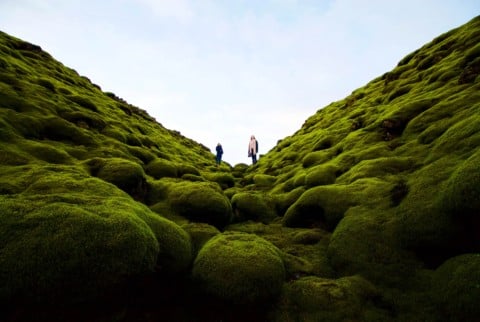 Humans have been growing food in much the same way for thousands of years. Much of what has changed can be blamed on scale; more people now need to be fed than ever before. This presents a great deal of trouble, however, because the Earth is now called to support a larger population on fewer resources than ever. Fresh water, a resource historically taken for granted, is quickly becoming a highly valuable and increasingly rare commodity. We use fresh water to drink, wash ourselves and our possessions, but most importantly, to grow our food. Indeed, a an overwhelming amount of the fresh water that humans use goes towards agriculture. Irrigation, not only for food consumed directly by humans, but also for the plants we feed livestock, accounts for seventy percent of fresh water usage in most parts of the world, a figure that will increase as the global population reaches nine billion by 2050. While a globally necessary resources, in some parts of the world, fresh water that was rare to begin with is becoming less and less plentiful by the day. But everyone needs to eat, and in a world facing a global drought, it has become clear that more water efficient solutions for irrigation have become necessary for the survival of not only our species but our planet.

Scientists in Scotland, a famously rainy place, think they may have found a solution. Fresh water makes up only two percent of the world’s total water; the obvious solution, it would seem, is to use the other ninety-eight percent. According to an article in Euronews, a Glasgow based startup, Seawater Solutions, takes flooded or degraded farmland, and creates an artificial salt marsh ecosystem wherein can be grown sea vegetables. These crops, known as Halophytes, thrive in saltwater. They can be eaten, fed to livestock, used as biofuels, and even as ingredients in cosmetics. Whats more, these artificial salt marshes protect the land they lie on from erosion and can absorb thirty times more carbon dioxide than rainforests. Farmers who adopt and cultivate these salt marsh ecosystems can even profit a two thousand Euro carbon credit for their work. These farms yield twenty tonnes per square acre- almost ten times what could be cultivated on an open field.

If halophytes don’t sound particularly appetizing, perhaps the Netherland’s Salt Farm Foundation may be a bit easier to swallow. They have proven that even conventional crops like potatoes can be grown in brackish (semi-salty) water. This combats soil salinization, a phenomenon brought on by climate change. This is perhaps even more cost effective than the Seawater Solutions proposition, because markets are far more forgiving to crops they are familiar with. While some farmers fear introducing any salt into their irrigation for fear of ruining the soil, the reality is that a great deal of the worlds arable land has already been stained by saltwater flooding. Furthermore, the application of these solutions are tailored to each ecosystem. As draught becomes more and more inevitable on the horizon, a choice will need to be made regarding Europe’s agricultural future… a choice the rest of the world faces as well.