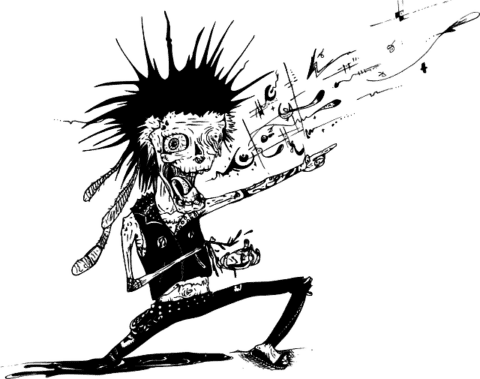 Someone looking at Utah from the outside in knows it to be a state ruled by the LDS church. Mormonism in Utah has been a punchline of multiple tv shows and the subject of a major Broadway musical “The Book of Mormon”, a satire about LDS missionaries taking place in Salt Lake City at the beginning. Everyone knows that Utah is the mormon hub of the world, and people aren’t wrong. In SLC, you can’t go two blocks without running into an LDS church. Mormons hold high positions in local government and in large Utah businesses. A tourist destination in SLC is the City Creek Mall, owned by the LDS church and conveniently right next to the Mormon Temple.

However, what if I were to tell you that only 50.7 percent of people living in Salt Lake City are Mormon? If the culture of a suburban family with six kids who makes baked goods to take to church every Sunday makes up only a percentage of the population, what are the lives like for the rest of Salt Lake City residents?

It turns out that Utah, with Salt Lake City in particular, has a wide and diverse population of people who don’t fit the cultural norm that is associated with many peoples ideals of what Utah is. There are certain districts in Salt Lake City that make you feel like you could be in San Francisco or Portland. SLC is full of small, independent businesses, coffee shops, restaurants, record stores, tattoo parlors, and my personal favorite: a punk shop named “Raunch Records”.

What does a punk record shop entail? Well, what you’d expect: bizarre punk records of artists even the most musically knowledgeable has never heard of, posters of satanic and anarchist symbols, skateboards, and other punk paraphernalia like patches and pins for denim jackets. The owner of this unique place is named Brad Collins, who has been opening, closing and reopening his shop since the 80s. Collins is seen as the “Godfather of the Salt Lake Scene” and a staple of the local counterculture.

Another staple of SLC’s subculture is the LGBTQ+ community. Salt Lake City has a huge gay pride festival every summer to allow for the gays of SLC to feel accepted, especially with the LDS church’s rough queer history. This festival includes a parade, food trucks, independent vendors selling things from jewelry to paintings, informational booths, drag queen performances, and so much more. A Gallup Poll showed the LGBTQ+ identifying population to make up 4.7% of total SLC residents, which may not seem like much, but is actually a higher percentage than New York City and Los Angeles. Salt Lake City has also been ranked the 7th highest rate of LGBTQ+ population in the US. With such a high gay population, you can see why SLC has such a vibrant queer culture.

Finally, we have the Salt Lake Pagan society, or SLPS for short, a group devoted to creating a community of Pagans and teaching concepts such as Wicca, Shamanism, Magick, and many other pagan religions. SLPS meets together to perform rituals, have discussions, do community service, nature trips, and even BBQs. According to the Salt Lake Tribune, the Pagan community is only getting bigger. With their annual Pagan Pride Day Festival, SLC resident’s interest in paganism grows every year.

So is the Salt Lake counterculture a result of Mormon rebellion or something truly genuine? I believe that it’s a mix of both. Counterculture began as a result of Mormon rebellion when people living in Utah began to question their parents beliefs and as a result of having everything they thought they knew about life change, completely went to the other side of a cultural spectrum and begin a domino effect resulting counterculture. There are still individuals who become punk or pagan (or both) just to spite their LDS family, but I believe that for the most part, the counterculture in SLC is diverse, vibrant, unique, and genuine.

Here is my Hypothesis link