Russia and Ukraine tensions are Rising 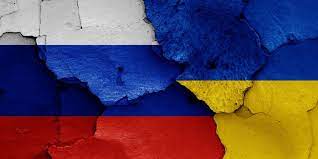 In the article ¨Tensions Rising between Russia and Ukraine¨ I learned that Ukraine has tried to establish alliances with the western nations. Russia tries to maintain the relationship with Ukraine but in 2014 Russian focus has occupied Dubas, Ukrainian southeastern region that borders Russia. Ukraine’s independent government has resisted Russian annexations from Putin. As is known, there has been a rise in the death of civilians resulting from the conflict between Russia and Ukraine. Now in 2021, Russia has sent 100,000 troops to the Russian-Ukraine border just 186 miles from it.

I think that the straits are going to get worse or even may lead to war with Russia and Ukraine. Now Russia has training grounds with tanks and guns just 186 miles close to the border of Ukraine. According to Ukrainian president ¨Volodymr Zelensky,¨ there was a plot to overthrow his government from russia. Russia says that they have done anything wrong. The tensions rose because NATO gave weapons to Ukraine which made Russia feel it was in threat to Russia’s security. Now tensions are getting higher by the mouths and soon it might lead to an invasion of Ukraine.

What do you think is going to happen in the coming days from Ukraine and Russia?