Romeo & Juliet in the Modern World 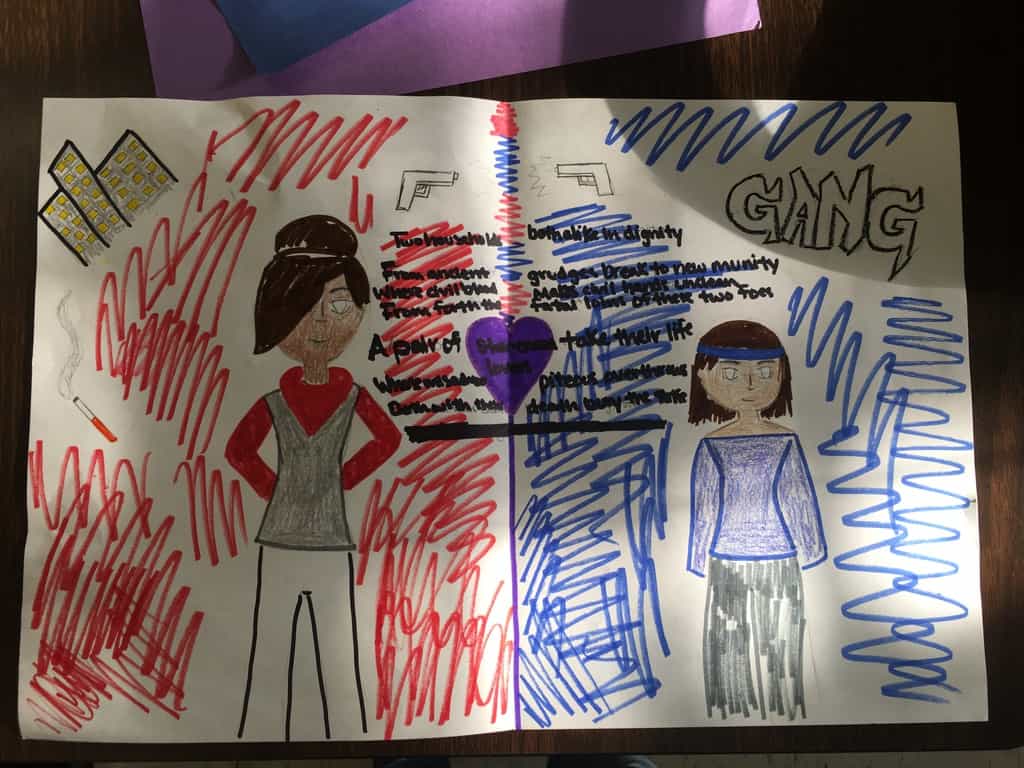 For my modern interpretation of Shakespeare’s Romeo and Juliet, I decided to draw the prologue of the book as a modern representation of gangs in Oakland. The topic I’m using is violence and gangs. The message is supposed to be along the lines of; It doesn’t always have to be so violent, there could be a change in the pattern. There could be a change to for the better instead of the same “You kill mine, I kill yours.” The picture shows a women that’s a member of the Crips gang and a women who’s a member of the Blood gang. It also shows a pattern of red then blue but where they stand it’s purple meaning that they (the two women) are together and in love. In our school, everyone is banned to wear red or blue clothing so we won’t be affiliated with gangs members around our community. A person could just be killed on the street for “wearing the wrong color.” I am proud about how this drawing came out after some time and hopefully it gets my point across. I wish that gang violence could end so we don’t have to see other person’s death on the news.