Romeo and Juliet relates to Oakland 2017 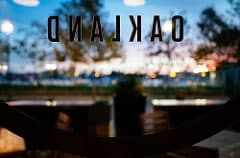 My Romeo & Juliet Recreation: Gangs cause violence but can we make a change : Spoken Word / poem

Is it too late too change? That’s the question that keep running through my brain

Two gangs do you think this a game

Gunpowder and blood mixing this my life. live in oakland

Don’t ever judge a book by it’s cover

All oakland residents being put to shame

The two gangs are going to be blamed

Police are searching and others are hurting

Sometime you don’t realize what you have to do

Do you wonder why?

Do you kill them to? Or would you pull them through

Everyone has background and you may not know it

Don’t force them to show it it

If you’re a real friend help them through it

But don’t doubt them help them up

Do you wanna make a change and change your city

Our population is getting smaller

In my spoken word / poem I am going to talk about gangs and violence and how it connects to oakland today 2017. In this spoken word it talks about gangs and when you’re in a gang there’s things you have to do. This spoken word is going to connect to Romeo & Juliet through the gangs and the violence that comes with it. In Romeo and Juliet a lot of main characters die because of  violence but two die of love. This spoken word can also show love because throughout the poem I’m mostly talking about how I want to change my home town oakland.  After this spoken word their is a cast list and in this cast list I have all the cast members from Romeo and Juliet  . On the other side of the cast list I have my own cast list. In my cast list I have used my family. I used my Family because my auntie and her boyfriend are close but my family don’t agree with the relationship so they are at ¨ WAR¨. I had a choice to do one or  two options and I did because I felt like it would make more sense to have cast members that go with my poem.