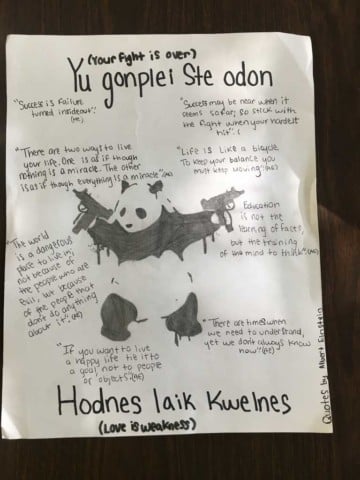 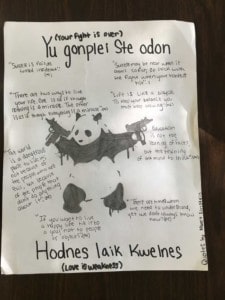 For my modern interpretation of Romeo and Juliet I decided to instead talk about Oakland’s violence, racial oppression and the cause of that is Gentrification. Gentrification has been going on for a bit already, people of privilege have been moving in, leaving the immigrants or nonprivileged without a home or making them move out. The privileged people that I see are mostly White. In the time that has passed, my parents have had to pay more in rent and the prices just keep going up, and that has basically been going on since more people started moving in, the people with more money to offer with no economic problems or debts. A city is a city. It can’t grow or shrink what can grow or shrink is its population. But it doesn’t do that either. What it does is kick the less wealthier people out of the city and bring the fully loaded families in, the ones with more privileged. This has created more problems between races in the fact that they come from to different kinds of worlds. In where one lives an easy and non pressuring life, in which the other person’s life the opposite meaning it’s a hard life. The don’t get to go out and be received with a lovely smile anymore because they don’t know each other, the decide to mug each other instead of learning from each other and cooperate for a better life.

I used all my feelings about what is happening to make my movie poster. I talked about peace, violence and racism and how it all affects Oakland as a society. In my movie poster my peace is represented by a panda and the violence is the guns in which the guns take over the panda trapping his peace within. The language that i decide to put as a title comes from earth born people from the mid Atlantic United States. The language is Trigedasleng which means “forest language” commonly used by earth born people. This connects to me because I feel earth-borned to Oakland, like my parents came here and made a life and people who were born somewhere else are coming here and just making it their home but they don’t understand that it’s our home that they are taking away. They are taking away something meaningful. The quotes represent the hope, the inspiration I have. It all connects to succeeding in life and the different ways people succeed with the different privileges they are born with. All of my quotes come from Albert Einstein except one which is from me. I seek a safe passage for me and my people in this dangerous world.