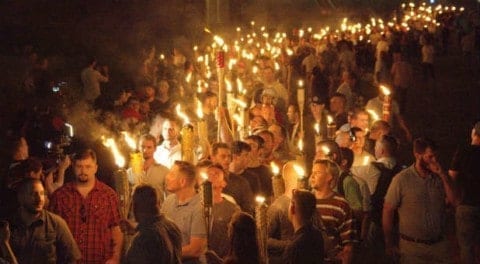 In my project I decided do a cast list and scenes to represent how Romeo and Juliet connects to 2017 today. Two groups are going to be against each other so I decided to do White Supremacist and illegal immigrants. I decided to do these two different groups because recently we have been hearing about White Supremacist in the USA. Also I come from an immigrant family so I picked illegal immigrants as one of groups. This ancient grudge between both all takes place at Charlottesville, Virginia during the summertime. John falls in love with Guadalupe at first sight but can’t seen together because John’s family is totally against illegal immigrants. Also Guadalupe’s family is against racism and groups that cause violence. They hope that being together can stop the hatred between both groups and stop the violent protests between each other. John and Guadalupe were right they did ended their grudge. John and Guadalupe end up married and have a happy life together.