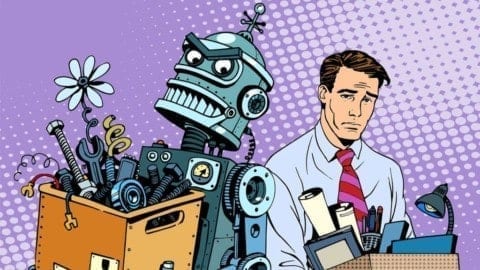 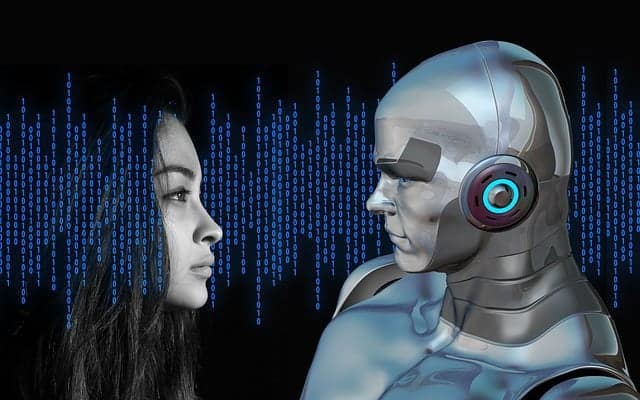 Hello my name is Noe and I am a sophomore at Oakland Unity High School.  I believe that robots will enslave humans in the future when technology is more advanced than it already is. Here are the reasons why. For example according to the article titled, ” Better Than Human: Why Robots Will— And Must—–Take Our Jobs” by Kevin Kelly describes how the robot takeover has already begun. He states, ” this postindustrial economy will keep expanding, even though most of the work is done by bots, because part of your task tomorrow will be to find, make, and complete new things to do, new things that will later become repetitive jobs for robots.” This shows that in the future if robots take over and they do everything humans do, humans will have to find new things to do since robots are way better and smarter than humans. Everything will be done by robots, therefore, you would have to discover new jobs, new hobbies and more. Another example can be found in the article ” The Real Cyborgs” written by Arthur House who states, ” But quite soon machines are going to have an intellectual power that we’ll have difficulty dealing with. The only way to keep up with them, he believes, is to artificially enhance our poor organic bodies and brains. If you can’t beat them, join them.” In other words this is saying that in the future when robots are stronger than humans, the only way we can keep up with them and to be at their level is to make ourselves better. Humans have to become cyborgs in other to give robots a challenge. If we do not enhance ourselves, humans appear weak to robots. Robots will know that human don’t give competition to them. Robots need to worry for their sake. The only way to make them feel frightened is to become cyborgs.

Another reason why I feel like robots will enslave humans is because robots do not have feelings but humans do. A robot will not hesitate to kill a human since they do not feel regret or any type of emotion. On the other hand, a human will hesitate to hurt a human or even a robot. Unless the robot is attacking them then the human would not hesitate. But if the robot is not doing anything then the human will do nothing to hurt it. For example in the article titled ,”Autonomous Weapons Would Take Warfare To A New Domain, Without Humans” written by Ari Shapiro talks about a soldier and his experience in Afghanistan  and how he hesitated. He states , ” There was an incident early in the wars in Afghanistan where we were up on a mountaintop in eastern Afghanistan near the Pakistan border. I was a part of a ranger sniper team. And a little girl came along that was scouting our position. And we watched the little girl. She watched us. After a while, she left. And soon after, some Taliban fighters came, and we took care of them. Something that never came up was shooting this girl. No one discussed it. No one- it would have been wrong.”  As you can see, the human’s emotions got in his way from shooting the enemy girl. The soldiers could have gotten killed but they never thought about killing the girl. Emotions got in their way. If it was a robot instead, they would have shot the girl. Robots don’t know right from wrong. Robots have no emotions and they never will.