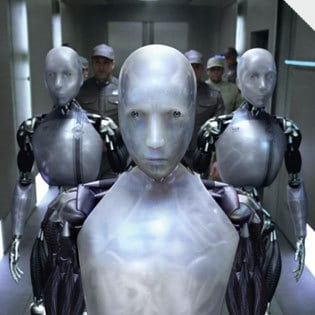 I believe that robots will in fact become dangerous at some point and could potentially wipe out human existence. Artificial intelligence has been around for some time now, but it just keeps getting improved with time and it continues to get smarter. I feel that at some point it will catch up to us and become smarter than  humans to the point where they are able to make their own decisions without us. For example, on the article “Our Final Invention: Artificial Intelligence and the End of Human Era” by James Barrat it said, “someone (or some thing) will create an AI that is smarter than humans, often called artificial superintelligence”. This shows how sooner or later technology will  become very intelligent which could mean the end for humans because if robots take over we will no longer be needed if they are able to think like us and do the same things humans do. A second source that supports my claim is how in the movie “I robot”, the robot Vicky, interpreted the three laws of robotics differently which led her to believe that more humans could be saved if a few were killed. Vicky took the first law which is to not injure a human being and had a complete different understanding of it which allowed her to control the other robots into attacking people. Therefore, robots pose a threat to us because even though every robot has the three laws programmed in them, it could be possible for them to do the same thing Vicky did and see the first law differently than us humans. Since scientists keep trying to make them more human-like I feel like there is definitely a possibility of this happening because with all these new improvements robots could probably start evolving on their own. With robots having a mind of their own, they could try to hurt humans because they won’t need us anymore and we will become useless. For this reason, the people that design and improve robots should be aware of these possible threats and make sure that they do not make a mistake that could impact humans negatively. I believe that technology is fine as it is right now and no more improvements should be made because more upgrades could be dangerous. Humans aren’t being harmed in any way by robots at the moment, but eventually a glitch will occur, so we have to be aware of the possible consequences of advanced technology.

Thank you for taking the time to read my letter regarding robots and the threat they are to our human existence.

Dear Elia Urias
I am happy to read your post, “Robots: Threat to Humans,” because
I wanted to read about the life with “Robots”. This is interesting for me. I want to know about more this.
One sentence you wrote that stands out for me is : “I believe that robots will in fact become dangerous at some point and could potentially wipe out human existence.” I think this is true because we believes on “Robots” more than a person. We thinks that robots can’t cheat us yes it’s true, but they don’t have feelings in any turn of our life we have to make a decision with emotion then robots can’t understand that feeling.
Another sentence that I read was” I feel that at some point it will catch up to us and become smarter than humans to the point where they are able to make their own decisions without us.” This stood for me because that robots can kill people and their own new world. I disagree with this because they have functions that only human gaved them if he want so he can destroy this function.
Your poem reminds me of something that happened to me . when i was in the 7th grade that time we were talked a lot about this topic we all were liked this topic. We were always like to do debate on this topic.
Thanks for your writing.
I look forward to seeing what you write next, because you told about that robots can able to take our own decision. They can smarter in any thing to human but they can’t take human place, because they give them birth. They can do everything because they are machines.