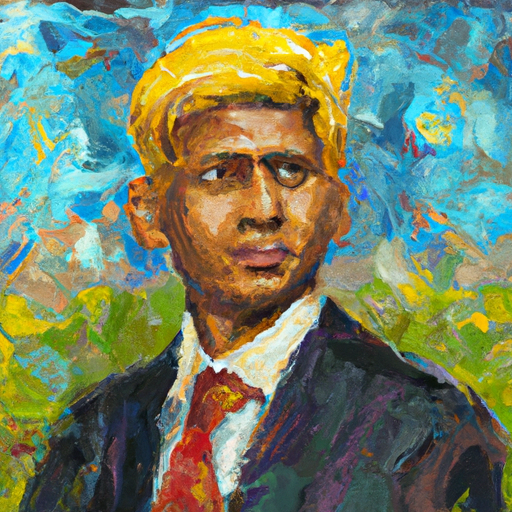 Rishi Sunak prevailed in a race for leader of Britain’s Conservative Party, making him the first person of color to become prime minister in British history. He replaced Liz Truss, who previously replaced Boris Johnson. He is expected to reintroduce more mainstream policies, in order to combat the economic crisis. He is the third prime minister in seven weeks and the youngest in two centuries. As he is a former investment banker and is married to the daughter of an Indian billionaire, Sunak will be one of the richest people to occupy 10 Downing Street, his current place of residence. His net worth, along with his wife’s, sits at an estimated $800 billion, making him one of the richest people in all of Great Britain. Even though his victory eradicated some barriers in regards to race, he has a lot of work ahead of him. Britain is facing a profound recession and surging energy prices. He has laid out promises that he intends to keep to better the negative political situation currently in Great Britain. He must unite a divided party in Britain, due to factions, but those surrounding him are willing to give him a fair chance.

Rishi Sunak has become the third prime minister of Britain this year. He replaces Liz Truss, wh only lasted forty-five days in office. He is promising “stability and unity”, and hopes to bring Britain out of the recession. Sunak had been the strong favorite to win after Truss resigned. He aims to unite the divided party that is currently controlling Great Britain.

These articles have great significance as the Prime Minister of Britain is an important figure. They have significant power in today’s world and aim to make the world a better place. Sunak aims to be poised in office and make a difference throughout Britain. It should come with great ease, but we will see. Therefore, this story is important.

Summary: Rishi Sunak prevailed in a chaotic three-day race for leader of Britain’s Conservative Party on Monday, becoming the first person of color in British history to become prime minister. The 42-year-old son of Indian immigrants is expected to pull the country back to more mainstream policies after Liz Truss’s failed experiment with trickle-down economics. However, he will face the gravest economic crisis in Britain in a generation and the Conservative Party is badly fractured. He will be one of the wealthiest people ever to occupy 10 Downing Street, and it will require political skills at least as adroit as those that enabled Mr. Sunak to navigate the leadership contest. People on the streets of London have reacted cautiously and are calling for someone who knows what everyday life is really like.

Summary: Rishi Sunak has won the race to become leader of the Conservative Party and prime minister of the United Kingdom. After a meeting with King Charles on Tuesday morning, he will officially take office and become Britain’s third prime minister this year. His first public statement held that the country faces a “profound economic challenge” and pledged to work towards stability and unity. He is the first person of Indian descent to be in this role and his priority is to unite the party and the country. Sunak’s only rival, Penny Mordaunt, conceded on Monday and withdrew after failing to garner 100 signatures. His victory follows Boris Johnson’s dramatic exit from the race and Liz Truss’ 45 days in office, where she was forced to abandon her tax-cutting economic package. The Conservative Party turmoil is fueling demands for a general election, though the government can wait until 2024 to have one.

Comparing these two summaries, I see relatively little bias. These pieces are both informational and not opinionated; therefore, it is hard to see bias. There is some bias, evident at the bottom of the first summary. It details how the people want someone different, showing prejudice toward Sunak. I notice that my viewpoint and my summary is eerily similar to the AI generated ones. My viewpoint is as close as possible, if not the exact same as the AI’s. I have a few questions about the articles, regarding Sunak’s rise to power and what they predict the future of Great Britain to look like. Neither article details the past or the future. As a result, I plan on researching these topics with these same questions and discovering more, new information.

Dear Jacob Calvin Thomas, Joven. An interesting and nutritious topic you’ve chosen to dive into. One thing I noticed with your article vs the AI is bias. I dealt with similar challenges. On topics where one should most definetly hold some sort of bias to one side or the other I’ve found that the AI manages to take out choosing one side or another and is able stay neutral. Seeing as me and you have experienced similar things with the AI its clear its showing a pattern. Thank you for the read