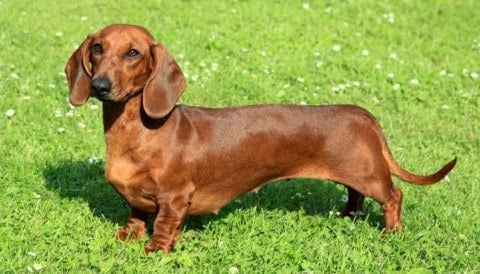 If I had the opportunity to go back in time and change the past, I would change the time my dog got hit by a car. Near the beginning of my middle school years, I had a hard time socializing with my classmates. My normal school day consisted of going to classes, eating lunch alone, returning to my classes, and my homecoming on the school bus. My lack of socialization concerned my parents. After some brainstorming, they devised a solution for my lack of social skills. My parents told me that I was getting a dog. They explained to me that by taking care of a dog, I would improve my social skills. Hopefully, they thought, owning a dog would facilitate my development of relationships with my peers.

When my parents brought home the dog they explained to me that it was 3 months old, a boy, and was a Dachshund breed ( Wiener dog). I fell in love at first sight. The dog had fluffy ears and ran in circles like it was lost so, I decided to name my dog Nemo because he too always looked lost. Taking care of Nemo was a hassle at first. I would have to walk him every couple of hours, feed him 3 times a day, and let him go outside and do his business whenever he scratched the door. Since I took care of Nemo every day he became extremely fond of me, he would nudge me with his head, give me kisses, and cuddle with me in bed. The more affection Nemo showed me, the happier I was to take care of him.

As our friendship grew, I became more confident socializing with students at school. I began to talk with other students and started to sit at with them at lunch. By Nemo showing companionship/friendship it made me want to be friends with more people, giving me the confidence I needed. Unfortunately, by making new friends I began to neglect Nemo. I didn’t spend as much time as I did before taking care of him. Now I would only take him out for one walk a day and let my parents do the rest of the chores for Nemo. In turn, Nemo stopped showing affection for me. He wouldn’t give me kisses anymore and would sleep on the floor instead of my bed. I didn’t care now. I had new friends to hang out with after school.

One spring evening I was walking Nemo around my neighborhood and he was being more obnoxious than normal. When I tried to walk he would just sit on the pavement and try to shake off his collar. I just kept walking, trying to drag him along. As I glanced down at a text from my friend, Nemo found his chance to escape. Nemo took advantage of my state of distraction and darted across the street, ripping the leash out of my hand. While Nemo raced across the street an SUV was passing by and hit Nemo dead on. The driver in the SUV didn’t stop to go help Nemo he just kept driving on.

I ran to the middle of the street to grab and hold my dying dog. Tears started to trickle down my face. What have I done! All the guilt of neglecting Nemo came crashing on me in an instant. Why did treat him so cruelly? he was my first friend how could I been such a poor friend to him. I called my parents to explain the accident while bawling my eyes out. They came right away with saddening expressions on their faces. My parents urged me to bury Nemo that day so I wouldn’t have to stare at his corpse a moan about his death all evening. While digging a hole in the backyard to bury Nemo in, I realized that without Nemo help, I wouldn’t have the confidence to be able to make new friends. I would still be antisocial and socially awkward having no friends. Now Nemo has died and I can never show him love for helping me. I shouldn’t have ever taken Nemo’s friendship for granted.

I am saddened by your post , “RIP Nemo,” because losing a best friend hurts.

One sentence you wrote that stands out for me is: “an SUV was passing by and hit Nemo dead on.” I think this is sad because the same thing happen to me with my dog.

Another sentence that I felt the same was: “The driver in the SUV didn’t stop to go help Nemo he just kept driving on.” This stood out for me because when my dog got by a car, the driver didn’t even try to stop to help my dog. I was so mad that he didn’t help. There i was all alone with no one to help me.

Your post reminds me of how mad and sad i was that day. One time when I was walking my dog a cat pass by and my dog want after it and I wasn’t pay attention to my dog and he got lose. My dog name Bulllet ran across the street and a car pass by and hit my dog dead on. The driver didn’t even stop to help. I took my dog to a vet but it was to late it passed away.

Thanks for your writing. I look forward to seeing what you write next because I might feel the same way about your story. I’m really sorry about your dog. RIP NEMO.