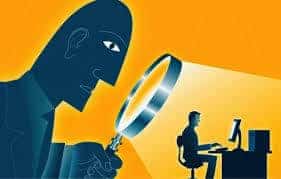 There is an increasingly more complicated problem of privacy as technology becomes more prevalent in society. In a New Yorker article, Louis Menand argues that “‘the beginning of all freedom’ is ‘the right to be let alone’–that is, the right to privacy.” If society takes away an individual’s right to privacy, freedom itself is put at risk. This can be seen in George Orwell 1984 as citizens are constantly under government surveillance and have no freedom as a result. While it is important to make privacy a priority, there are undeniable advantages of giving up privacy in exchange for security. The solution to this problem requires a delicate balance between security and privacy, and it involves a sense of choice and collaboration on these issues.

The idea that giving up one’s privacy should be a choice made by individuals is not a new concept. In an article about tracking teen’s locations, psychologist Lisa Damour argues that “When done collaboratively… location tracking can contribute to adolescent safety.” She goes on to say that when parents are tracking their children without their knowledge and permission, it leads to conflict between parents and their children. The same idea can be applied to the government’s relationship to its citizens. When governments use surveillance without the knowledge and permission of citizens, serious issues arise. According to this article, pieces of legislation regarding privacy have passed “but all of them focused on individuals’ right to know about the information these databases held. None addressed the question of whether this information should have been gathered in the first place.”

Another example of this issue can be found in Chicago where police are installing a new system of 30,000 high definition cameras. A New York Times article shows how this system will be highly effective in deterring and solving the crime problem in Chicago. Although these cameras are viewed as a positive development by the majority of people, many issues about privacy are being raised by other members of the community. One local activist, Kofi Ademola feels that the community did not have a choice, and that is an issue for him. “There was not a conversation like, ‘Do you want this in your community?’ he said. Instead, the Chicago police say, ‘This is in your community and it is going to cut crime,’ and unfortunately, people don’t question that. It’s now been normalized for these communities to be under constant surveillance, which contributes to the criminalization of people. It is problematic.” While there is no clear solution to this issue, collaboration should serve as the model for privacy issues in the future, especially as technology improves.