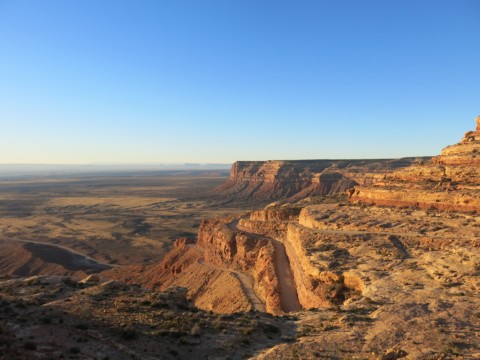 Ever since Biden took office, there has been some mumbling about what will happen to the Bears Ears National Monument, a sacred land first given monument status under President Obama, and then reduced by nearly 85% by President Trump in 2017 for economic opportunities for the local area. With Biden working to restore the monument back to its pre-Trump size, there has been a lot of debate on the ethics of this situation. Is it okay for these presidents to keep going back and forth on this one piece of land within the last 5 years, especially without working with the State of Utah on the matter? Was it okay for Trump to reduce the monument? Is it okay for Biden to reverse that? Ultimately, all these questions can be boiled down to one; Should Bears Ears National Monument land be reduced for economic purposes, or preserved for its beauty and cultural significance?

The solutions to this issue is quite straightforward. Either keep the land reduced, or restore the Monument’s former lands. Either way, for the sake of costs, and preventing bureaucratic headache, this solution must be final, and not reversed for any time soon after. The argument for keeping the Monument’s lands the way it is tends to be the mindset of not only the Utah Republicans, but the oil and gas lobbyists that wanted Trump to reduce the land in the first place. Without placing a ban on using the resources that lie beneath the Monument’s land, mines can be erected, local residents can be employed, and the economies of the area can prosper as more people are employed. Their other argument is that, by having the land be changed multiple times in 5 years, without the State’s consent, it becomes a burden the Utah government didn’t want anyhow, yet must try to mediate. By restoring the monument, hundreds of jobs can be relocated or lost, and the Utah state government will have another major issue it must combat.

The pro-restoration side of the argument tends to favor arguments for cleaner energy, land conservation, and Native American protections. Within the area, 5 major tribes have some sort of connection to Bears Ears: Navajo, Ute Mountain Ute, Hopi, Uintah and Ouray Ute and Zuni. In a country where those who had inhabited these lands before Europe came down upon it, these preserved lands hold more and more significance to these tribes when it comes to preserving culture, and up keeping their traditions. Especially when the land is used primarily for oil rigging and uranium mining, it is very insulting to both the Native Americans, and those who wish to move into greener energies, rather than tarnish the landscape for resources that will harm it even further. To this side of the argument, keeping the land reduced will set a precedent to reduce other lands, diminishing the culture of Native Americans even further than it already has, as well as keeping us lagged behind the ever looming threat of climate change, as we keep drilling for a resource that we abuse, in turn ruining our whole planet in the process.