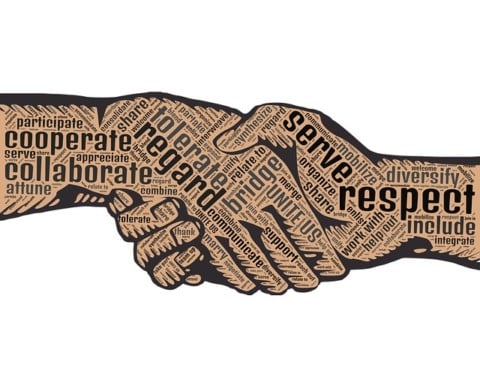 Respecting me is not something I obligate people with, but if you’re not going to respect me then I don’t see the purpose of having communication with you. As a teen I think that’s when you grow and realize things the most, it’s a stage in your life where you release toxic people and be around people that care for you.  Respect, respect is one of the most important things you must show me. Respect to me includes loyalty and faith because someone that respects you won’t fail you or doubt you. As a teen, I think you start to grow and realize and separate the toxic people and the important people that care for you. In my life I’ve stopped being friends with people that didn’t respect me, by that I mean talking behind my back, doubting me,  and not having faith in what I want to do because if you don’t support the things i do I don’t see the purpose of a friendship with you.

Talking behind someone’s back is for me one of the worse things one can do because why put up an act for someone just to bring them down? It doesn’t bring you anything beneficial, it doesn’t make your life better. Summer 2016 was a bad time for me because I lost a lot of friendships During that time I made a new friend she was sweet and listened to me when I had to talk to her and we would make each other laugh, I thought we had a good strong friendship but then I found out she was talking behind my back so I just cut her off. This experience opened my eyes a lot it made me just stop making friends and stop putting so much time and trust into people.

Respect is something that changes depending on the person to me respect includes loyalty and faith. Having faith in me shows me a lot whether it’s family or friends if you tell me you’re proud of me if you show me you’re happy for me i’ll pay so much attention to that, but if I see that you don’t pay any mind to me and my future or would rather drag me into problems and something that can affect me it’s better for me to not be around you because where you lead me and what you show me will show the levels of respect you have for me. As of things that have happened in my past my life has really tested to see who is really my friend and who is not which is why I have cut people off and only stuck with the people I see genuinely care about me. It’s become something easy to do for me and i’m not sure if that is good or bad from other peoples visuals but personally I believe it’s a good thing that I can let go of toxic people.

I grew up in a household with respectful parents, they showed (demonstrated, modeled? Lived?  the saying of  “ treat people how you want to be treated “ so that’s what I personally base off of. As a young teen I think my mind and visuals grew faster than others which is why I am the way I am, but also everyone wants respect no matter how old you are. In conclusion, I believe that if I’m not getting respect from you-you won’t get respect from me and that’s the way I will always be, all humans are different but we all want one thing and that is respect.

Your topic is so important and i believe that for teens it often is difficult to know you are worthy of respect. I love that your personal take on respect has to do with the fact that you yourself know that you deserve it.

Britney,
I really appreciated this article and enjoyed reading your perspective on the ideas of respect. I agree with your basic ideas of respecting people who give you respect, and think that this would build solid relationships founded on mutual respect between two people. I feel your article is blunt, but honest and I respect that. I hope to hear more from you in the future.

Britney, the way you talk about respect is so eloquent and relatable. This is a topic I think everyone can relate to, especially other high school students. It is very strong of you to be able to speak from experience and talk about your own struggles with friendships and the show of respect. This essay speaks to the experience of so many people, and it is very refreshing to see someone discuss their own experience. I particularly appreciated the part where you discussed the summer of 2016, since you opened up about your own struggle.

Britney,
I really liked the ideas you put forward in this piece. Your discussion about respectful relationships is something that everyone can relate to. I loved the last line: “All humans are different but we all want one thing, and that is respect.” I think the ideas that you wrote here are really great and say a lot about who you are and what you believe. If you wanted to revise this post, I would suggest focusing on syntax and sentence structure. Sometimes you write in run-on sentences, but that’s an easy fix. Thank you for sharing this piece of yourself and what you believe in. I really enjoyed reading it!

Britney, I think that you made some really good points about respecting people. When you said that letting go of people who don’t respect you has “become something easy to do,” and that you believe that “it’s a good thing that I can let go of toxic people,” I felt that getting rid of bad relationships is really a skill that will help you throughout your life. A lot of people seem to think that you should always stay committed to your relationships, but if you’re not being respected within that relationship, then you shouldn’t have to be.