Research Update: Plant Based Diets Can Save the Planet!

Home Research Update: Plant Based Diets Can Save the Planet! 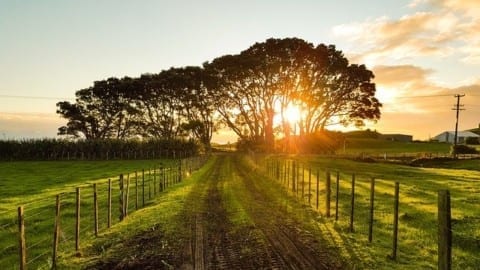 In my search to find more research on plant based diets and how they can save the environment, I was lucky enough to have the privilege of interviewing Dr. Matthew Burnett, a Naturopathic Physician at Utah Natural Medicine. I was curious what a doctor specializing in natural medicines and herbal remedies would think about a vegan/ vegetarian diet. The first topic we discussed was if he believed that consuming animal products contributed to overall health and climate change. He says that he firmly believes that animal products, specifically red meat, contribute largely to carbon emissions. He believes that the stress and hormones that are in mass produced meat can have negative effects on our own bodies because they add unnecessary hormones into our system which can throw off the balance of our self sufficient bodies if over consumed. He suggested that everyone should reduce their meat intake by some small amount and purchase the meat that we do consume from local farms and eggs that are pastured. I also asked him about his concerns as a doctor about people going on a vegan diet. He said that most vegans and vegetarians lack basic vitamins and nutrients that are commonly found in meat sources. He recommends that vegetarians should consult a doctor to address what supplements or multivitamins they should be taking in order to keep the body functioning. He also notes that vegans and vegetarians lack a sufficient amount of protein in their diets; veggie friendly proteins include legumes, quinoa, tofu and tempeh. Lastly from the interview, he wanted to recommend a sustainable source of protein that is out of the ordinary, crickets. Bugs are eaten in many countries and are surprisingly high in protein. I purchased some from a company that specializes in cricket protein and whole roasted flavored crickets, and surprisingly it was DELICIOUS. If you are wanting to try a more environmentally friendly source of protein, I would recommend crickets.

Another source that I found some valuable information from was a video produced by Vox. “The Diet that Helps Fight Climate Change” provided lots of valuable statistics and facts about the meat industry and how it contributes to global warming. 25% of global climate change problems go back to the food we are eating and putting on our plate. This is twice as much global warming pollution as the cars we drive. Livestock is 14% of greenhouse gas emissions; this number is equal to transportation emissions, due to the methane/gas they release. About 1 billion tons of grain are used to feed the livestock on the planet. If we took this grain and used it for people, we could feed 3.5 billion people  and eliminate a big portion of carbon emissions. Based on a study, vegan diets have the least impact on emissions, but its difference from a vegetarian diet or a Mediterranean diet is minimal. If everyone could eliminate 50-90% of their meat intake, it would help the environment more than everyone eliminating all meat intake; the goal is to reduce our meat intake, not everyone needs to go vegetarian or vegan but rather needs to limit the amount of meat we consume on a weekly basis. To prove the effect of reducing meat intake, If all people switched to a medeteranian diet, we would reduce our global warming emissions by 15% by 2050. I think its important to know how much meat contributes to climate change and how we can make little changes to our everyday lives to reduce carbon emissions.

I found this article to be very educational and interesting. It would be very interesting to see the world try to eat a plant-based diet to save the environment. here’s an article I think would interest you https://www.bbc.com/news/science-environment-49238749