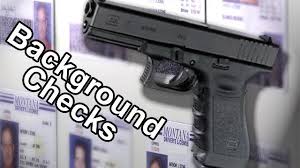 Closing the so-called “gun show loophole” and placing a ban on assault weapons have been major talking points people in favor of stronger gun control laws, but a study published

the article that I read

My critical conversation is that gun shows should be closed down because there is a lot of guns sold and ammunition sold no check at all and also for guns no background check and at a store you need one you can be a criminal and get a gun easily.