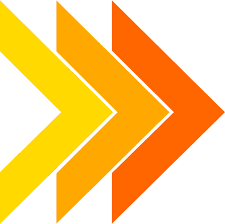 Although I did not have a clear question for my research paper, that did not stop me from researching. I knew that whatever I wanted would deal with anything related to the mistreatment of black Americans. So I began to do my research off of the mistreatment of people of color, raging from: black-on-black crime, white-on-black crime, police brutality, and the media depiction of black men. After reading a few articles I began to notice that I was very interested in the portrayal of black men in America and that affect it has on their minds. I’m not leaving black women out, because they have problems as well. After researching a broad area I was able to narrow it down to what it’s like to be a black male in modern day America. After I was able to establish what my research paper was about, being black I looked back onto my life. Being a black male who grew up in a city with the majority being white I was able to use my personal reference to piece together an order of what my paper might consist of. I listed stages of my life and went on to research about those specific topics and their counter arguments so I can see both sides of the picture. I began to look into the media depiction of black men and the effects it has on the youth, stereotypes, black jokes, racial profiling, micro aggressions, police brutality, white-on-black crime, and black-on-black crime. I took notes and plan on making a total of one hundred note cards that have factual evidence regarding my topic. This will help in the writing stage of my research paper, I will hopefully use every piece of evidence on each note card in my paper to help build the strongest paper. I believe the research portion was quite difficult in the beginning, not knowing what I really wanted to write about it made it hard for me to just sit down and look for specific articles. I found myself doing extra reading, which had actually benefited me. The extra research was not just extra knowledge that will help me but it also helped me find a topic. If you do not have a specific question, that is perfectly okay. As long as you have a broad idea about what you want to write about you will be fine, because I believe you are more than likely to come up with a question through your research.