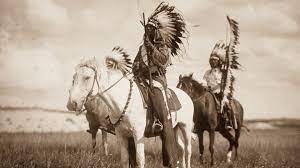 In the article, “Lakota Petitions Scottish Museum for Return of Artifacts” (BTW) I learned that a group of descendants from the Wounded Knee Survivors Association is petitioning a museum in Scotland to return the items removed from the dead Native Americans. These dead Native Americans, known as the Lakota, were killed by the U.S. armed forces after refusing to hand over their weapons, leave their land, and relocate to a reservation. After refusing, a battle erupted, killing between 200 and 300 Lakota men, women, and children. On top of the massacre, clothing and other items were removed from the dead and were sold around the globe, which lead to the situation where the descendants of the dead Lakota find themselves today.

I believe that these items must be returned immediately. These items hold spiritual energy, and a group or person’s spirituality must always be respected no matter your viewpoint. The Lakota people who were murdered did nothing wrong. The U.S. was wrong because they are greedy in attempting to take something that never belonged to them; ENTITLEMENT. These Native Americans should have been respected back then, but a great way to show respect now is by returning these personal and spiritually connected items to the  Wounded Knee Survivors Association.

What does “repatriation” mean? How does it apply in this case?