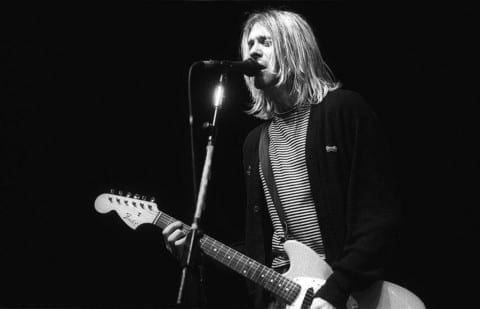 As a police department that prides itself on enhancing trust with the public, it would make sense to look at all evidence before reaching a conclusion. In your two year progress report, you highlighted the four things that make the Seattle Police Department great. Two of these things were enhancing public trust, and building pride and professionalism. If one truly wants to take pride in what one does, it would be expected that one would strive to always reach the correct conclusion.

Just a short time after Kurt Cobain was found dead in 1994,  detectives reached a conclusion on how he passed away. This is understandable, as it seems logical for him to commit suicide given his addiction to heroin, and the tone of the music he was producing. Also, there was a previous potential suicide attempt by Cobain.  At the time the conclusion was reached, not much other evidence had yet surfaced. In the next few years, Tom Grant, a distinguished private investigator, and former LAPD detective discovered more evidence that would suggest something other than a suicide.

I’m sure the Seattle Police Department gets many requests to reopen the Kurt Cobain case; however, New evidence has been brought to light about the “suicide” of Nirvana singer Kurt Cobain that should be taken into consideration.The matter deserves justice, something it did not receive back in 1994. Such an incident cannot just be ignored and kept under the rug. I speak for thousands –  not just Nirvana fans, but for people who believe in the truth. I speak for everyone who believes that every case deserves justice.

Among the most notable evidence is the amount of heroin in Cobain’s body. As I’m sure you know, it was well over a lethal dose. It makes no sense for one to be able to peacefully pass away due to a drug overdose, but instead choose to kill themselves by the means of a firearm. What the heroin seems to suggest is that once Cobain was shot, a person who was not experienced with the amount of heroin one usually takes, injected him with heroin to make it appear as if Cobain had gotten high and then took his own life. Also, the SPD collected information from Jack Briggs, an employee of Tom Grant, in 1996. Tom Grant is a retired private investigator and former detective with the Los Angeles County Sheriff’s Department.   In this interview Briggs talked about Courtney Love attempting to hire Eldon Hoke to kill Cobain. In the film “Soaked in Bleach,” Norman Stamper, the Former Seattle Police Chief, stated “If I were the chief today, I would reopen this investigation.” Norman Stamper was the police chief at the time of Cobain’s death, and he reached his original conclusion due to a lack of evidence (at the time) to prove otherwise. Norman Stamper stating he would reopen the case if he was given the opportunity is very significant. The man who initially decided that Cobain had committed suicide, is having second thoughts about his conclusion now that more evidence has been brought to light.

Another factor that may have played into Cobain’s death being considered a suicide, are biases that go along with investigating a suicide case. Vernon J. Geberth, a retired Lieutenant-Commander of the New York City Police Department with over 40 years of law enforcement experience wrote a research paper, “The Seven Major Mistakes in Suicide Investigation,” where he states, “If the case is reported as a ‘Suicide,’ the police officers who respond as well as the investigators automatically tend to treat the call as a suicide.  It is a critical error in thinking to handle the call based on the initial report. The immediate problem is that psychologically one is assuming the death to be a suicide case, when in fact this is a basic death investigation, which could very well turn out to be a homicide.  The investigator cannot ‘assume’ anything as a professional law enforcement officer.” As stated in one of the Initial narratives on the morning of April 8th, 1994, by  Detectives Jim Yoshida and Steve Kirkland, “Lt. Marberg receives a phone call from SPD Communications. They are requesting a Homicide Team at *** Lake Washington Blvd. E. They are on the scene of a suicide. There is a note present and the gun is also in place. The victim is Kurt Cobain…” Also in Cobain’s death certificate, on April 14th of 1994, his cause of death is listed as a “Self inflicted shotgun wound.” All of this seems to suggest that from the beginning of the investigation, detectives had treated this case as a suicide and not a general death investigation. Perhaps bias that the case was a suicide was what made detectives reach a conclusion so quickly.

Another point that Geberth brought up in his research paper is that, when a case is initially reported as a suicide, detectives tend to go into what he called the “Suicide Position.” This is when the investigators take short cuts. Geberth describe these short cuts as “Sufficient photographs were not taken and certain tests were not conducted.” In the Cobain Case, the shell casings in his shotgun were not checked for fingerprints until 1997, three years after he was found dead. Geberth went on to state, “Suicides are non-amenable offenses that are not recorded in the UCR and therefore are considered less important than other events.” This could have potentially happened with the Cobain case, as I’m sure a SPD detective will have many “more important” homicide calls to attend to.

Given all the facts that were brought up it would be a wise idea to reopen the Kurt Cobain death investigation.

Also look at the coincidental overdose death of Kristin Plaft, Courtney Love’s bass player, just 2 months later. She said she was leaving the band just as Kurt said he wanted out of the marriage. Courtney suspected that they liked each other, and he said some nice things about her. The note, the amount of H in him debilitating him from firing (with what, a toe? Weren’t his shoes on?), Courtney’s wild goose chase and alibi “get arrested ” note, which she did, putting security system over the garage greenhouse, he wanted divorce, the last lines of his note match handwriting practice found in Courtney’s bag that she left with attorney, who she also told to find the meanest divorce lawyer, as she knew, etc. it goes on and on. Duce killed by a train after admitting she tried to hire him to kill Kurt. Her name should be Courtney Death. She wAs caught in lies and spun stories on the spot, hear the change of tone in her voice. The one thing she didn’t count on was that Frances would grow up and learn this story, wonder why she isolated herself from Courtney. People she knows think she set it up, including her father. This should be opened yet again and crack her. Fucking bitch.

He would have to have been shot up first… How can you have that much heroin (morphine in the bloodstream) in your body and decide anything? He was already unconscious and then whomever shot him. Impossible for him to have been in that position and shoot himself with that particular gun, also. The trigger is too far.

Very strong and effective points made. Things like this should not be ignored, completely agree.

I think this was a great point made.

Very well written, I completely agree with the points you’ve made.