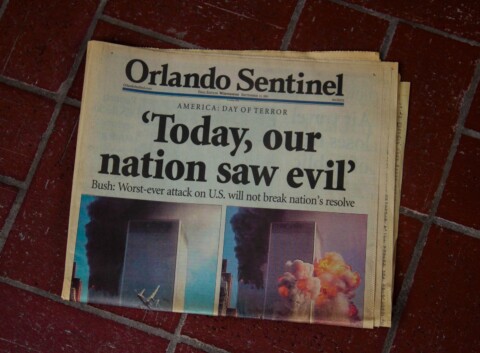 In the article “Remembering 9/11, Twenty Years Later” (McGraw Hill) I learned that Today it marks the 20th anniversary of 9/11 the day two planes crashed into the twin towers of the world at the trade center in New York causing both towers to fall and do a lot of collateral damage. This horrible situation was caused by 14 members of the Al-Qaeda terrorist group, there were actually 4 planes involved that day. The first 2 planes hit the twin towers as everyone may know. The third plane actually crashed into the pentagon in Washington D.C. The last plane actually didn’t make it to Washington D.C because the passengers from that flight knew what was going on and fought back risking their lives meaning the terrorist plan didn’t fully succeed because the plane crashed in a field in Pennsylvania.

0
Why do you think the Al-Qaeda terrorist group did this attack? Was it something we did? https://mhebtw.azurewebsites.net/?p=8727 x

I think that what happened on 9/11 was very sad because there were over 3,000 deaths as a result of this attack by a terrorist group. It’s hard to imagine how terrified people and families were when they saw the planes crash and getting voicemails that they thought they were going to die, hearing that was probably the most heartbreaking thing someone could ever receive. The fact that you aren’t going to be able to see your loved one anymore is something hard for anyone to believe. Those people on the 4th plane were very brave because they fought back against the terriot i’m sure the terrorist had some sort of weapon with them but those civilians did whatever they could to not let the plane hit their target.