Home Remembering Your Worth 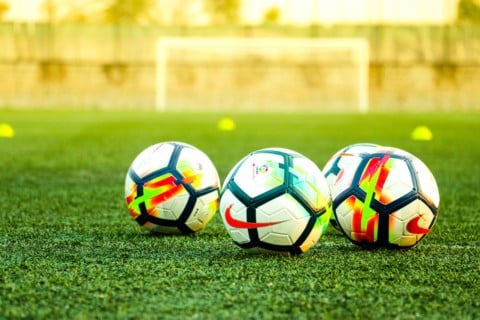 “Whatever happened to that confident little girl? The girl who adored the game and the girl who did not care about what other people thought.”

My mom always asked me this question, but I was always unsure of the answer. I often pondered this question but was never able to answer it until this year.

As I think back on my soccer career, I started to realize where I was and where I am today. Originally, I started at a soccer club called Oswego Panthers where the girls truly felt like a family and a place where the coach was positive. But the coach did not think it was challenging enough for me so he recommended me to a top team in Illinois called Chicago Magic.

Chicago Magic was relatively a new club at the time and I was eager to start a new journey. However, after getting to know the coaches and the girls I knew that this team wasn’t for me. The coach began accepting bribes from other parents in order to put them on the field instead of playing the players who deserved it. The players began to harass me as well, bringing their parents involved to make the situation worse than before. After not getting what they wanted, they started a fistfight on the side of the field where ten-year-old girls looked in dismay to see their parents thrusting punches across the dark emerald-colored field.

This then was the first time my self-confidence plummeted. To this day, it still continues even with a second new start in which the girls continuously used their parents to get what they want and bully me until my body felt numb. My body dysmorphia, anxiety, and depression controlled me like I was a puppet being pulled in each direction by a thousand tiny little strings. Thousands upon thousands of therapy bills and travel soccer bills began to pile up and I began to ponder the question of why did I do this to myself?

Five years later, I am starting to realize that it wasn’t my fault. Why would I be blaming myself? The only person to blame is the bully. For example, “Bullies, on the other hand, may become more aggressive; their friends may include other bullies. Bullying behavior may be a mechanism to cope with stress or abuse in their lives. They may play the “blame game,” resisting responsibility for their actions. Unexplained extra money or possessions are also warning signs” (bestdaypsych.com). This quote shows how bullies are blaming you which causes stress leading to the constant questioning of your values. By heading these signs of bullying, we are better able to help prevent it from happening in the future.

Taking a step back I realize that this bullying constantly affected my mental health and confidence. According to bestdaypsych.org, “Bullying can affect mental, physical and emotional health during school years and into adulthood. It can lead to physical injury, social or emotional problems and in some cases, even death. Bullied children and teens are more likely to experience depression, anxiety and sometimes long-term damage to self-esteem.”

Overall, this compares to my real-life example because it shows how bullying can damage your mental health and bring you down to nothing. You constantly question yourself if you are good enough or if you deserve to be loved. But the truth is, you deserve everything good in the world and once you start believing in yourself, you will be an unstoppable force of good.

I was able to help myself get over things through quotes and family members. This quote especially stood out to me during tough times:

Dear Maddie,
I enjoyed you saying all these things about how you overcame this obstacle in your life. I was really impressed because with all these negative things that happened to you, you still managed to pick yourself up from that situation. I can agree with you on the fact that bullying can affect our mental health severely due to the fact that I’ve been in your shoes at a certain point in my life. It also took me a while to cover come to that obstacle in my life. Something that stood out to me is when you said “you deserve everything good in the world”, I strongly believe that this is so true because everyone deserves everything good coming their way. I really appreciate that you shared your experience because then a lot of people would be able to relate to this and it’ll help them out more knowing they weren’t the only ones who went through something like this!

Hi Maddie,
I really liked your blog post and found myself relating to you while reading. I especially enjoyed how you expressed how you felt and made everyone reading feel what you were feeling during this time. I also enjoyed how you normalized therapy and having family members and quotes to lean on when times got hard. I think what you had to say will leave a lasting impact on everyone who reads this and leave them with a different perspective on life. Great job! Keep your head up!

Maddie,
I really enjoyed everything you wrote about and how your past challenges have helped you overcome your toughest battles. I’m a true believer that everything we go through teaches us a lesson and forms our character as a person. I agree that bullying can affect our mental health and I think more people need to be aware of that because it can have a long lasting impact on our lives. Overall, I really thought you did a great job on this blog!