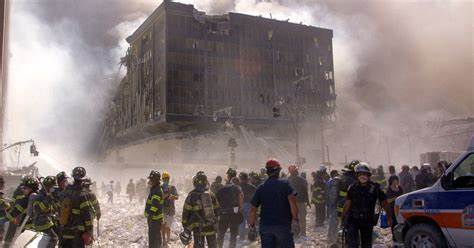 In the article, “Remembering 9/11” I learned about The September 11 attacks, also known as the 9/11 attacks, which were a string of hijackings of airplanes and suicide bombings against American targets carried out in 2001 by Islamic extremist group al-Qaeda. This was one of the deadliest attacks that ever happened in the United States. The attacks on New York City and Washington, D.C. resulted in many losses and destruction and led to a massive American commitment to fighting terrorism. A total of 19 terrorists were murdered; over 2000+ victims perished in New York, many that jumped off the burring buildings. 184 at the Pentagon, and 40 in Pennsylvania where one of the hijacked flights crashed after the passengers tried to reclaim the aircraft. In New York, many police officers and fire organizations were particularly badly hit: hundreds had flocked to the scene of the attacks, and more than 400 police officers and firefighters were killed.

How did these terrorists manage to hijack the planes and succeed in attacking the twin towers with innocent civilians in them? one of the most asked questions asked by people that want answers. Many people believed that 9/11 was an inside job by government officials that knew what was going to happen but did not act, which caused the towers to collapse. I don’t believe that this was the case but I do wonder why the president did decide to go to an elementary school before the events occurred.

What do you think about this? Do you believe that this was a set up by the government? Do you think that we could have prevented this from happening?