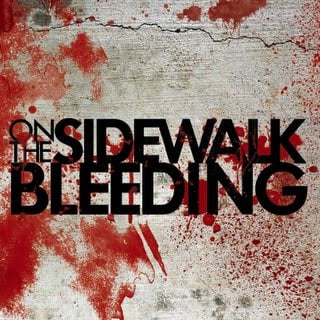 These are some of my thoughts about a short story, “On the Sidewalk Bleeding,” by Evan Hunter. You can see all of my comments on the story on NowComment.

Andy, the protagonist in “On the Sidewalk Bleeding,” has a few traits that influence his relationships with others.

One, he is stupid. Two, he is foolish. Three, he is scared. These traits influence his relationships with others.

Later, in paragraph 91, Angela returns to Andy. “She found him in the doorway a minute past midnight. She left the dance to look for him, and when she found him, she knelt beside him and said ‘Andy, it’s me, Angela.'”

Andy continues to tell himself how he doesn’t want to die. He’s scared at this moment because he now realizes how stupid it was to put a jacket above his own life just to brag about being in the royals. He realizes that he wants to be himself. He wishes he didn’t take his life for granted.

I am mesmerized by your post, “Regrets,” because it shows me how quickly things changed for Andy as he lay there in the rain.

One sentence you wrote that stands out for me is: “He’s scared at this moment because he now realizes how stupid it was to put a jacket above his own life just to brag about being in the royals.” I think this is insightful because it suggests it may have been in the back of his mind all along, but a big conflict brought it to the front of his consciousness as his life was slipping away from him.

Another sentence that I noticed was: “He realizes that he wants to be himself..” This stood out for me because it shows how little of himself was bound up in the purple jacket of the Royals, and how he imagined a life for himself beyond them. And now he won’t be able to live it.

Have you seen the movie “Crash?” I thought you might be interested in this because one of the characters is trying to build a life after having been in a gang, kind of like Andy could have. It’s difficult for him in a lot of ways.

Thanks for your writing. I look forward to seeing what you write next because once you get going on expanding some of your ideas, you express them clearly and cleanly, which is a pleasure to read.

Dear brendaly
I am intrigued with your post “ on the sidewalk bleeding “ because it is interesting to see your point of view on it .

Another sentence that stood out was “ one , he is stupid . Two he is foolish “ this stood out because when I read this part on the story I thought he was the victim of the situation but I like your perspective on it .

Thanks for your writing . I look forward to seeing what you write next because I like how straightforward your perspective are .